The Independent Arab Movement Party and the People’s Will Party have signed a memorandum of understanding on points that will aid the political process writes Etihad Press. 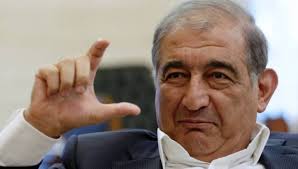 On Wednesday, the People’s Will Party, led by Qadri Jamil, and the Independent Arab Movement Party, led by Muhammad Khaled al-Shaker, signed a memorandum of understanding (MOU).

The MOU reads, “The Syrian crisis has entered its tenth year, amidst the difficult state that the political process is undergoing, due to the action of international and regional forces on the one hand, and by the doings of extremists in various Syrian parties, on the other hand. These parties have been engaging in intentional obstruction of the implementation of Security Council Resolution No. 2254, which constitutes the only way to end the Syrian disaster and to open the door to the desired radical democratic change.”

In the context of an uninterrupted political activity between the Independent Arab Movement Party and the People’s Will Party, as a democratic, national opposition and part of a general national movement aimed at achieving a political solution, giving the Syrians their power to decide back, and enabling them to exercise their right to self-determination, the two parties have reached a memorandum of understanding that includes the following: