The International Conference for the Return of Refugees has begun in Damascus, with many speakers from foreign countries discussing the issues and means to secure returns writes SANA. 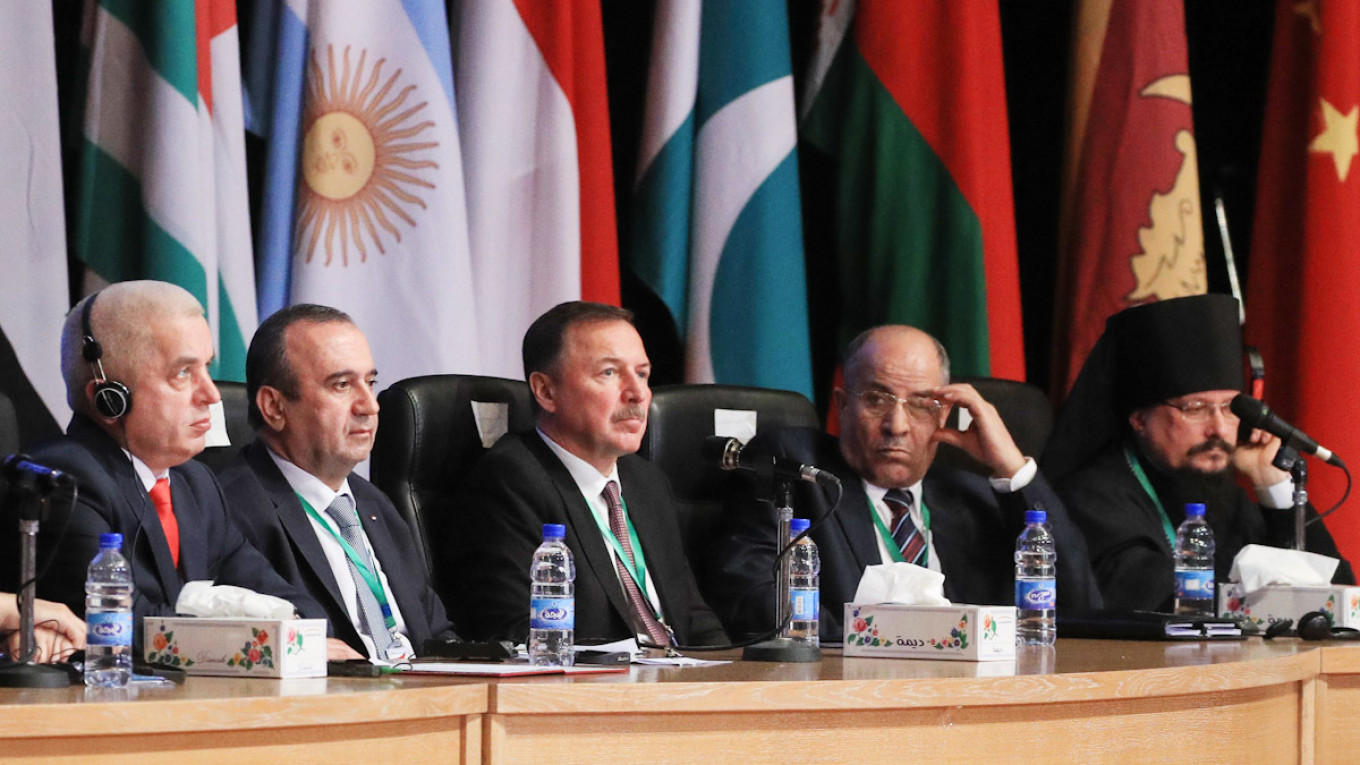 President Bashar al-Assad affirmed that, for Syria, the issue of refugees is a national issue, in addition to being a humanitarian issue, as, “over the past few years, we have succeeded in achieving the return of hundreds of thousands of refugees, and today we are working relentlessly for the return of each refugee who is willing to participate in building his homeland.”

In a speech delivered via video at the opening of the International Conference on the Return of Refugees, which is being held at the Umayyad Palace for Conferences in Damascus, Assad affirmed that the overwhelming majority of Syrians abroad today, more than ever, want to return to their homeland because they reject being a number on the political investment lists and a paper in the hand of regimes that support terrorism against their homeland.

Russian Foreign Minister Sergey Lavrov, affirmed that solving the crisis of the Syrian refugees entails the participation of the international community and the stopping of the politicization of this file, indicating that these states bear the responsibility for the suffering of millions of the Syrians who have been forced to leave their homeland.

In a speech during the opening of the conference, Lavrov noted that holding the conference, which Russia has co-organized, comes despite of the opposition of some states, and their attempts to politicize the issue.

He asserted that helping the return of Syrian refugees and the displaced to their homeland, while fully respecting Syria’s sovereignty and territorial integrity according to the Security Council’s Resolution No. 2254 is considered one of the most important steps for guaranteeing long-term stability in Syria.

Lavrov affirmed that some states continue to support terrorist organizations in Syria and they politicize the issue of the Syrian refugees who have been forced to leave their homeland, saying, “The states which have failed to topple the Syrian government practice financial and economic strangulation measures, and they take restrictive illegal measures, which hinder providing aid to the refugees and the displaced.”

Lavrov described these measures as unconstructive and inhuman, indicating that the refusal to attend the conference by some states, most of all the US, proves the double standards adopted against Syria for achieving their selfish geopolitical interests.

He expressed hope that millions of the Syrians will be able to return to their homeland soon, reiterating Russia’s readiness to contribute to this issue in all possible ways and its determination to continue to provide support to Syria in all domains.

Ali Asghar Khaji, Senior Assistant to the Iranian Foreign Minister, stressed the necessity of the international community’s hard work to help in returning Syrian refugees to their homeland by providing assistance and cooperation to the reconstruction process, adding that this process must be a priority for the international community, and far from any politicization and without obstruction.

Khaji clarified that the flow of terrorists, backed by some states hostile to Syria has led to bloodshed, destruction and the displacement of millions of Syrians, by force, to other countries, where they live terribly and in miserable circumstances in the camps.

China’s Ambassador to Syria, Feng Biao, stressed that the continued economic sanctions on Syria are illegitimate and they obstruct the return of refugees to their homeland.

The Ambassador clarified that China is consistently committed to Syria’s sovereignty and territorial integrity and it exerted tireless efforts to push the political solution to the crisis in Syria forwards.

He added that his country pays close attention to the issue of the Syrian refugees as it provided nearly 130 million dollars of assistance through bilateral and multinational channels and it will continue to stand by the side of Syrians and work with the international community towards a political solution in Syria.

Lebanese Foreign Minister Charbel Wahbeh stressed the necessity of intensifying international efforts to guarantee a safe, decent and gradual return of the Syrian refugees to their homeland without preconditions when the circumstance have become appropriate for this return.

In his speech via video during the conference, Wahbeh pointed out that following more than nine years of the crisis in Syria, Lebanon hopes that all who have been displaced will return to their homeland in order to contribute to the reconstruction and development of their country, particularly since the majority of Syria has become secure and stable.

He indicated that the main obstacle to a permanent solution to the issue of the Syrian refugees is the absence of the unified international will and lack of good intention.

Wahbeh expressed his country’s hope that the International Conference on the Return of Refugees would contribute to finding a solution to the crisis of displacement and asylum, and it will form a basis for the return of displaced Syrians and an important stage in easing the suffering of the countries which are hosting large numbers of refugees.

Information Minister Imad Sara, said that Syria has the will and the enthusiasm to repatriate Syrian refugees who immigrated from their homeland because of terrorism.

Sara said in a statement to journalists on the sidelines of the conference that the messages at the conference is revealing that the west supports terrorism not only through their rejection to participate in the conference, but also by exerting pressure on the participating states to not attend.

Mikhail Mezentsev, head of the headquarters for coordination between Russian-Syrian agencies for the return of refugees, said on the sidelines of the conference that Russia will allocate one billion dollars for the restoration of electrical networks, industrial complexes and other humanitarian projects in Syria.