Kamala Harris will be the next Vice President of the United States and has a history of anti-Assad sentiment writes Enab Baladi. 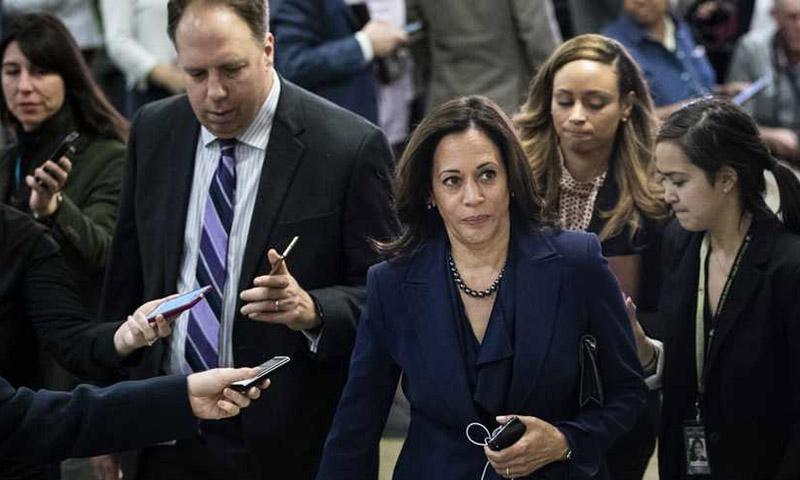 California Senator Kamala Harris is the new US Vice President-elect, the first woman to fill this position in the history of the United States of America, and the third-ever candidate for the position after Geraldine Ferraro in 1984, and Sarah Palin in 2008, both of whom did not succeed.

Below are three previous positions that give a glimpse of Harris’ policy towards Syria.

On Apr. 6, 2017, Senator Harris issued a statement calling for US military action in Syria, after the Syrian regime’s chemical weapons attack on Khan Sheikhoun in the Idleb countryside. In her statement, Harris said, “Syrian President Bashar al-Assad fiercely attacked innocent civilians, including dozens of children, who died of asphyxiation. This attack reinforces the clear fact that Assad is not only a ruthless dictator who treats his people brutally. He is also a war criminal that the international community cannot turn a blind eye to.”

Harris’ second position was in October 2019, when she criticized current US President Donald Trump’s decision to withdraw American forces from Syria, saying that he “gave Turkey the green light to launch a military attack against the Syrian Kurds,” when Turkey launched Operation Peace Spring in the areas controlled by the Syrian Democratic Forces, east of the Euphrates. In one of her debates after being chosen as Biden’s deputy, Harris criticized Trump’s vacillating position in supporting the Kurds in Syria, and considered it “one of the shameful things that tarnished the image of the US on the global stage.”

As for the third position, it was in August 2019, when in a presidential debate she was criticized by Hawaii representative, Tulsi Gabbard, for her record as a public prosecutor. Harris’ response came by describing Gabbard as a “defender of the Syrian dictator Bashar al-Assad.”