A regime checkpoint in Daraa was attacked and pictures of Assad were burned following the arrest of a young man by the Air Force Intelligence reports Nadaa Syria. 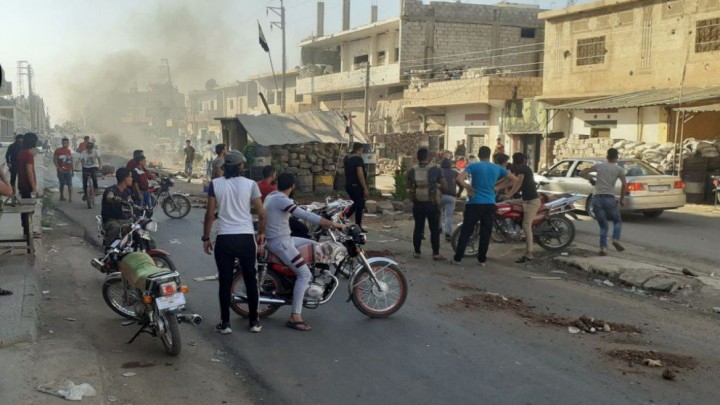 Young men from the city of al-Hirak in the eastern countryside of Daraa carried out an attack on a Syrian regime intelligence checkpoint and burned pictures of Bashar al-Assad, in response to the arrest of a young man upon his return to Syria from Kuwait.

Nadaa Syria’s correspondent reported that the Syrian regime’s intelligence, stationed at the Center Checkpoint in the capital Damascus, arrested Ahmad al-Kasabrah, and took him to an unknown destination.

The correspondent added that, in response to the arrest, the people of al-Hirak stormed the Air Force Intelligence checkpoint in the city center and were able to expel its members and burn pictures of the head of the Syrian regime. They also blocked the main roads with burning tires.

Daraa Governorate is witnessing frequent arrests by the security branches of the Syrian regime, despite the settlement and reconciliation agreements that came into effect in the region in August 2018.