A US drone strike targeted and killed a meeting of al-Qaeda leaders, Mufti Mohammed Adnan Afiouni killed in roadside bombing, and fresh wildfires spread again. Catch up on everything that happened over the weekend. 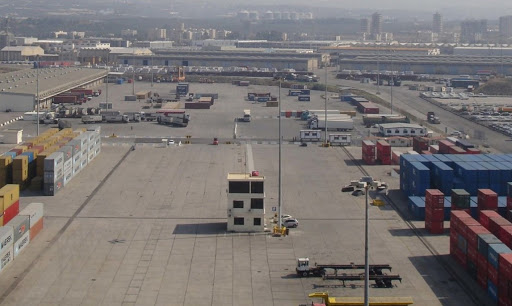 1. The US Army carried out a drone strike against al-Qaeda leaders in northwestern Syria near the border, killing 23 jihadists, including five foreigners and six commanders, according to The Syrian Observatory for Human Rights. “US Forces conducted a strike against a group of senior leaders in al-Qaeda, who were meeting near Idleb, Syria,” said Major Beth Riordan, the spokeswoman for United States Central Command (CENTCOM).

2. On Thursday, a roadside bombing killed Damascus Mufti Mohammed Adnan Afiouni, west of the capital of Damascus, according to SANA. Afiouni had been a key figure in the government’s so-called reconciliation deals with rebels and opposition-held areas. He was one of the mediators of the 2016 deal under which rebel fighters in Daraya, a key town in Damascus suburbs, surrendered after a gruelling four-year siege and military campaign.

4. The employees of Tartous Port said on Friday that the Russian company that invested the port violated the terms of the investing contract amid the continued poor condition of the port’s capabilities and equipment. North Press reported that the Tartous Workers Union submitted a memorandum including their complaints that was handed over to the Labour Union, which submitted it to the Syrian government presidency, Al-Watan stated. The Russian company officially started its work on Oct. 9, 2019, after it received ownership of all the facilities included in the contract that was signed in April 2019. According to the terms of the investing contract, the administration of the port has devolved to the investing company, provided that improves the port’s infrastructure, machinery and equipment for 50 million dollars within four years.