Russia has repatriated children who had been living in the al-Hol camp, Israel says it has no plans to assassinate Hassan Nasrallah, the SDF arrests four ISIS members, the Syrian government sends funds to fire hit region. Catch up on everything that happened over the weekend. 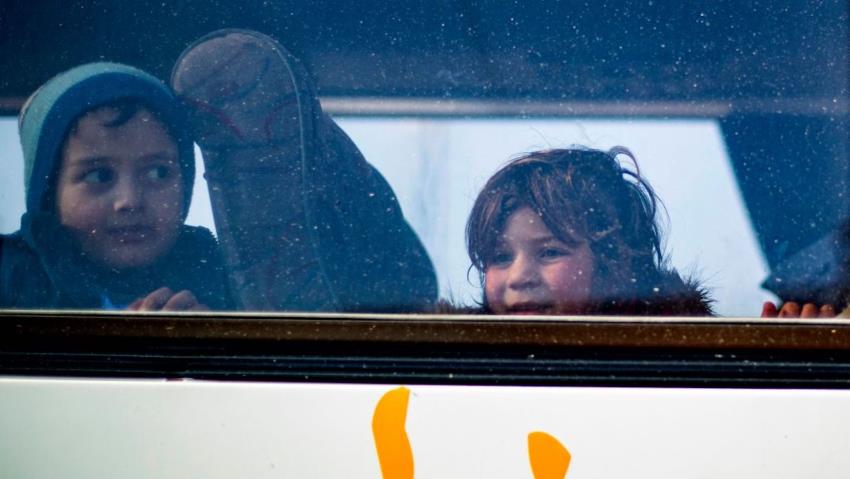 1. Early on Friday, Russian children from Syria landed at Chkalovsky Airport near Moscow, the press office of the Russian children’s rights commissioner, Anna Kuznetsova, said. Later, Kuznetsova told TASS that the children, evacuated to their homeland from Syria’s al-Hol refugee camp, would be sent to their relatives in five regions after spending time in quarantine. The children are aged between two and 13 years.

2. An Israeli security official told a newspaper this week that, “Tel Aviv is not interested in assassinating the Secretary-General of Hezbollah, Hassan Nasrallah,” stating that “if we wanted to kill him … we would have killed him.” “Iran is the source of unrest and crises in the region directly, through its nuclear project and precision missiles, and through its arms in Lebanon, Syria, Iraq, Yemen and Gaza,” the Israeli security official said in an interview with news outlet Elaph.

3. On Saturday, the Syrian Democratic Forces (SDF) captured four members of an Islamic State (ISIS) sleeper cell, including an emir, in the countryside of Hassakeh, northeastern Syria. According to North Press, the two operations resulted in the arrest of four members of ISIS, one who was working on manufacturing explosive devices. During the operation, the Special Forces confiscated weapons and military equipment.

4. The Syrian government has allocated more than 2 billion Syrian pounds to the governorates of Lattakia and Tartous to implement projects in the areas affected by the recent fires. SANA quoted the Minister of Local Administration and Environment, Hussein Makhlouf, as saying that Assad had directed to allocate 10 million pounds to each affected village “in order to help mitigate the effects of what befell them as a result of the fires.” Makhlouf said that the funds were transferred to the accounts of the Lattakia and Tartous governorates, and the governors were also informed of the formation of committees, “to supervise and assist in the implementation of projects in the villages and sectors of administrative units according to the needs and priorities of each village and to start working directly.”

5. In an extraordinary move, the Vatican invited diplomats accredited to the Holy See from around the world to meet on Oct. 15, 2020, with Cardinal Mario Zenari, the nuncio to Syria. According to The Catholic Universe, Zenari told the ambassadors that while the war and suffering in Syria had all but disappeared from the “media’s radar,” the humanitarian disaster continues. After the destruction by rocket fire, he said, the nation now faces the threat of the “bomb of poverty,” according to the Vatican statement. The nuncio said some 80 percent of the population is living in poverty and an estimated 11 million Syrians require humanitarian assistance. Syria is an “expanse of ghost villages” strewn with rubble, he said, and “many Syrians have lost hope.”