Lebanese security officials have visited Washington, to serve as a mediator and secure the release of US citizens being held in by the Syrian regime writes Baladi News. 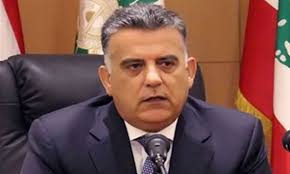 Robert Satloff, Executive Director of the Washington Institute for Near East Policy, revealed a Lebanese mediation role between Washington and the Assad regime, in an attempt to reach a deal between the two parties that would lead to the regime’s release of American hostages.

On Wednesday, Director of Lebanese Intelligence and Security, Abbas Ibrahim, headed to Washington for a multi-day official visit at the invitation of White House National Security Advisor, Robert C. O’Brien. The General Directorate of Intelligence and Security in Lebanon did not disclose the purpose of the visit, but said that Ibrahim will be meeting with senior security officials.

Satloff said in a tweet, “Lebanon’s Hezbollah-friendly security chief Abbas Ibrahim is in DC today to meet w / @WHNSC advisor – USG’s former chief hostage negotiator – on fate of Americans still held in #Syria. I hope and pray their release is swift, after horror they have endured.”

He added, “But I am concerned about the price @WhiteHouse may pay to secure the hostages’ release. After all, their captors have held them for years and will want to extract a price that is both high and payable in the short time before our election may bring seismic political change.”

“As we hope for hostages ‘release,” Satloff continued, “let’s also hope we don’t validate hostage-takers’ strategy by paying in strategic coin, such as an announcement to ‘bring the boys home from #Tanf’ – a step that would cheer #Iran, #Russia, # Syria’s #Assad & #Hezbollah all at the same time.”

Washington refuses to comment on the number of Americans detained in Syria, advising their relatives to remain silent and wait for the outcome of the negotiations. However, a Washington Post journalist quoted an unnamed US administration official whose statement, on Mar. 4, 2019, said that the number of missing people in Syria is “about six.” The US government believes that they are being held by the Syrian regime, despite the latter’s refusal to confess to that.

Former National Security Adviser, John Bolton, revealed in his latest book that the US President wanted to negotiate with the head of the Syrian regime, Bashar al-Assad, regarding the hostages, but Assad refused to talk about the matter, which led to Trump’s anger and prompted him to say, “Let them know that they will suffer greatly if they refuse to return the hostages.”