Opposition factions have struck back at the regime, targeting sites used by them on the Kafr Nabl axis and killing seven reports Nadaa Syria. 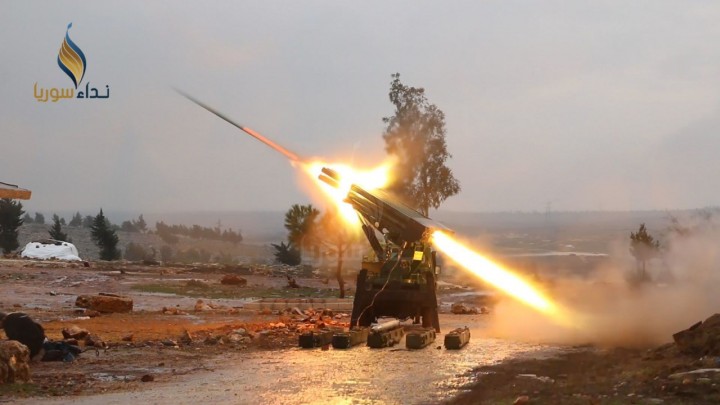 On Tuesday, a number of Russian militia members were killed and others were wounded, after revolutionary opposition factions targeted their sites south of Idleb with heavy artillery shells.

Nadaa Syria’s correspondent reported that the Russian militia targeted several villages and towns in the Jabal al-Zawiya region, south of Idleb, and Jabal al-Akrad, north of Lattakia, with mortar and artillery shells.

According to the correspondent, the revolutionary factions responded by targeting militia sites in the town of al-Malaja on the Kafr Nabl axis with mortar and heavy artillery shells, indicating that they had achieved a direct hit targeting a building with regime members inside. Seven were killed as a result.

He pointed out that the factions also targeted Iranian militia sites on the Arnaz axis, southeast of the 46th Regiment in the western countryside of Aleppo, causing deaths and injuries.

It should be noted that the Russian and Iranian militias continue to violate the ceasefire agreement concluded in Moscow between the Russian president and his Turkish counterpart early last March. The Syria Response Coordinators team counted 2,800 violations of the agreement within the first six months of its signing.