Amid denials about their presence in Nagorno-Karabakh, the bodies of Syrian fighters, killed in the region, are returning to Syria for burial writes Zaman Al-Wasl. 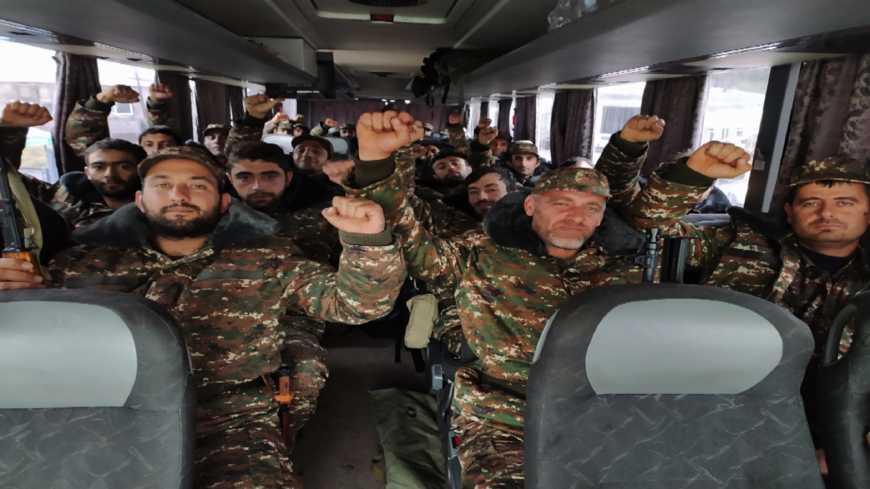 Sources confirmed that the slain fighters were buried in different areas of northern Syria, after their bodies were transported by military aircraft from camps in Azerbaijan to Turkey, and then to northern Syria by military trucks.

Despite constant denials by Turkish and Azerbaijani officials about the participation any armed Syrian opposition fighters alongside the Azeri army in the recent battles with Armenian forces, the names of more and more Syrias that were killed in the conflict have started to emerge, proving that the previous statements are far from the truth. This, however, raises many questions about the interest of Syrians in participating in a foreign conflict.

Zaman Al-Wasl was able to make contact with one Syrian militant who is currently in Azerbaijan, to answer some of these questions. Hatem, a pseudonym, is 23 and a high school graduate, who comes from a poor family that previously worked in agriculture and does not hold any extremist ideas. Before being sent to Azerbaijan, he had been fighting in Libya. He says, “They told me that my mission would be as a border guard and protecting bases, a non-combat mission.” He is paid 10,000 Turkish lira (over 1,200 dollars), with an allowance of 1,500 liras before travelling. He says he is one of “around 1,000 fighters, all of them affiliated with the factions of the National Army.”

Zaman Al-Wasl was able to cross check the information provided by Hatem with the family of one of the fighters who was recently killed in Azerbaijan. The source believes that his relative, Ahmed Kina Farzat, was the victim of the policies of countries that did nothing about the crimes committed by the Assad regime.