As Russia marks five years in Syria, calls are growing for them to be denied a seat on the UN's Human Rights Council reports Al-Araby Al-Jadeed. 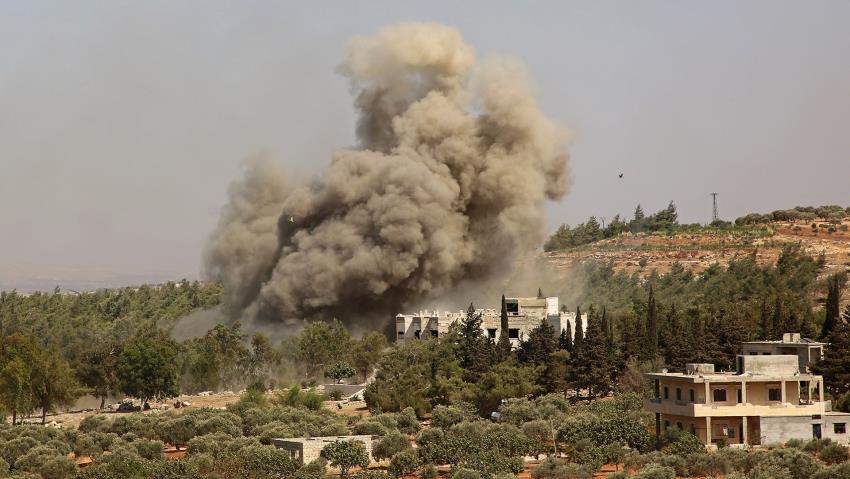 Human rights campaigners have urged UN member states to vote against Russia obtaining a seat on the Human Rights Council, due to its bloody role in the Syria war.

Member states are due to elect members of the Human Rights Council this coming month, with Russia running in a closed slate together with Ukraine for two seats.

This means Russia is virtually guaranteed a position on the Human Rights Council without scrutiny and challenge, activists fear.

Campaigners said that Russia’s selection would contradict the values of the UN body, particularly after its past condemnations of Moscow’s numerous human rights abuses.

“Membership of the UN Human Rights Council must be restricted to countries most committed to human rights, regardless of influence and political power, and this applies not only to Russia, but also to a number of other member states,” said Mazen Darwish, Executive Director of the Syrian Center for Media and Freedom of Expression.

“A vote for Russia sends a message that UN member states are indifferent to all the violations by Russian forces documented by international bodies and commissions of inquiry.”

Laila Kiki of The Syria Campaign said: “The council has played a vital role in independently investigating war crimes and violations of international human rights law, including those committed by Russia.

“It would be an absolute farce for Russia – a country that has deliberately targeted hospitals and bombed Syrian civilians, illegally annexed Crimea, and perpetrated ethnic cleansing in Georgia – to win a seat at the world’s top human rights body.”

Russia has been accused of committing numerous crimes against humanity in Syria, where Moscow is providing military and political assistance to dictator Bashar al-Assad.

Russia entered the Syrian war on Sept. 30, 2015, providing air support, mercenaries, air defences, training and military advice which have been critical to the regime’s re-capture of most urban centres.

Russian airstrikes have led to the deaths of injuries of thousands of Syrian civilians, according to monitor Airwars, and accused of targeting civilian infrastructure such as hospitals and civil defence teams.

Assad recently admitted that Russia’s military presence in the country provides a useful backup to his brutal regime that has committed massacres, including the use of chemical weapons, against Syrian civilians.

Assad mentioned the influence of Russia’s two main bases in Syria – a naval base in Tartous and airbase in Lattakia – as providing a balance to Western influence in the country, during an interview with a Russian defence ministry-affiliated newspaper.

Assad also admitted to the critical role Moscow played in turning back a “dangerous situation” after rebels captured Idleb province in 2015 and advanced on other fronts.