A ship carrying oil, suspected of being destined for Syria, has been stopped by Lebanese authorities, in accordance with the Caesar Act reports Nadaa Syria. 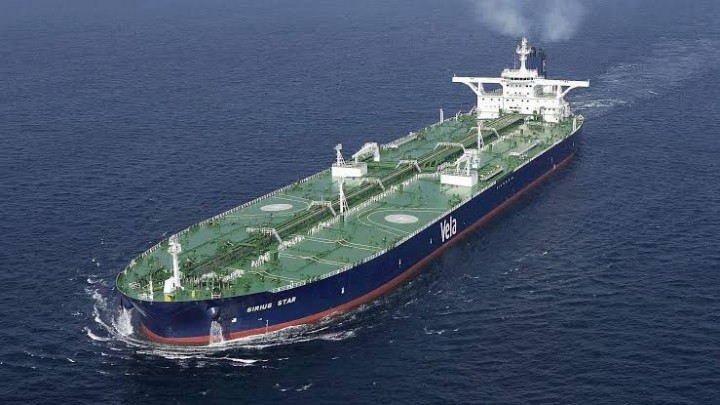 The Lebanese authorities seized an oil ship coming from Greece, which was meant to deliver oil to a company linked to the Assad regime, in implementation of the Caesar Act.

The newspaper Asharq Al-Awsat reported that the Lebanese judiciary is investigating the arrival of a ship loaded with oil derivatives, and the maritime agent is looking into the circumstances surrounding its arrival, indicating that the authorities suspect that this shipment was intended to violate the sanctions imposed on the Syrian regime.

According to the newspaper, the detained ship made its way from an oil refinery in Greece, loaded with 4 million liters of benzene (2,750 tons), and after entering Lebanese territorial waters, traveled 26 nautical miles, before customs detained it and imposed a guard on it.

The newspaper quoted Lebanese sources, which it described as well-informed, as saying that the shipment belongs to a company named al-Naam in the city of Harasta in the Damascus countryside, stressing that this ship is forbidden to enter Lebanese waters, especially if it aims to breach the sanctions against the Syrian regime and the Caesar Act.

The sources added that the Lebanese judiciary is pursuing the shipping agent to find out more about the ship’s destination and the reasons it was headed to Lebanon, and whether this is its first time in Lebanon, and to investigate the circumstances of its arrival as well as learn more about the local authorities receiving or facilitating the shipment.

According to the sources, the Lebanese authorities will send the ship back to Greece as soon as the investigations are completed. The ship won’t be allowed to enter so as to ensure that Lebanon is not in violation of the Caesar Act.

There have been reports that last June the US had warned Lebanon, following the entry into force of the Caesar Act, against allowing the Assad regime to launder money in Lebanese banks. The US Assistant Secretary of State for Near Eastern Affairs, David Schenker, confirmed that the sanctions would affect Lebanese entities who deal with the regime or make deals on its behalf.