Syria speaks out on the recent clashes between Armenia and Azerbaijan, coronavirus cases on the rise across Syria and Iran calls on US to withdraw. Catch up on everything that happened over the weekend. 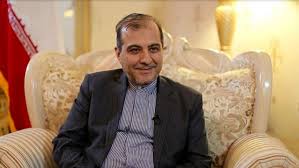 3. North Press reported that the Autonomous Administration of North and East Syria announced 80 new coronavirus infections and one death in its areas on Saturday. The number of infections has risen to 1,791, of which 68 died and 476 recovered.

4. The Iranian Foreign Minister’s Senior Assistant in Special Political Affairs, Ali Asghar Khaji, issued a statement that demanded the US leave Syrian territory. The Islamic Republic News Agency (IRNA) reported this week that Khaji condemned the illegal US presence and control of Syria’s oil fields. Khaji stressed the need for Washington to withdraw from Syrian territory.