The President of Turkey has called on Syria and Russia to respect the terms of the agreements regarding Idleb reports Anadolu Agency. 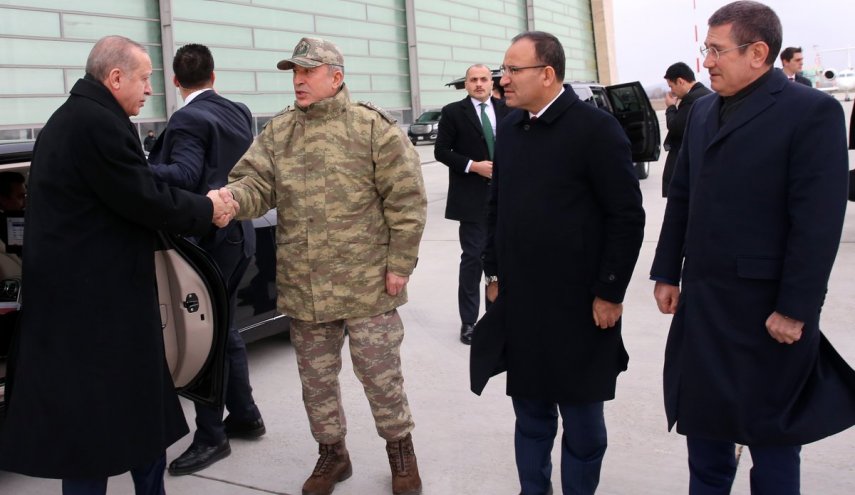 Turkish President Recep Tayyip Erdogan said on Saturday that his country will go to clean up terrorist hideouts in Syria if the promises made to them are not fulfilled.

According to Anadolu Agency, Erdogan said, “we have eliminated the terrorist corridor established along our borders and have proven that our Syrian brothers are not alone.”

“Our effective presence will continue on the ground until stability is achieved on our southern borders (with Syria),” the Turkish president said.

He pointed out that, “Turkey will not accept any step that would cause a new humanitarian tragedy in Idleb.”

“We will continue to disturb all parties that are hostile to our country and our people,” Erdogan stressed.

“The parties that remain silent about terrorist organizations and the countries that support them put all moral, legal and human rights principles aside when it comes to Turkey,” he said.

The Turkish president announced earlier that Turkey is still committed to the memorandum of understanding it concluded with Russia regarding Idleb.

He added, “If the regime continues to violate the armistice and the other conditions of the agreement, it will pay with very heavy losses, and we will not tolerate the dark organizations that carry out provocative actions in order to thwart the ceasefire in Idleb.”

One day after Erdogan’s remarks, the National Army, deployed in northwestern Syria, sent military reinforcements to the southern countryside of Idleb, in anticipation of any military operation by Assad’s forces, with Russian support.

On Sunday, the Hamza division, which is part of the National Army, published photos of fighters and military equipment that it said were heading to Jabal al-Zawiya, south of Idleb.

The general military commander of the Hamza division, Abdullah Halawa, said that the reinforcements came on the orders from the commanders of the corps in the National Army to raise the military readiness.