The Syrian regime has announced that it will auction off a Falcon 400 aircraft, in an effort to raise funds and mitigate losses caused by the Caesar Act reports SY 24. 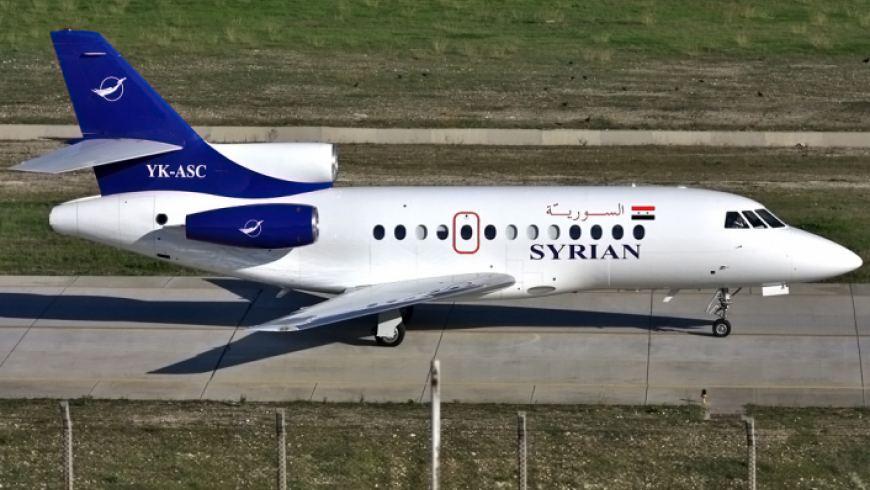 Pro-Syrian regime sources revealed that the American Caesar Act prompted the Syrian government to put a Falcon 400 aircraft up for sale, at an asking price of 300,000 euros for foreign bidders and 450 million Syrian pounds for domestic bidders.

The same sources stated that Syrian Airlines had announced an internal and external sealed-bid auction to sell a Falcon 900 plane for an initial asking price of 300,000 euros for foreign bidders and 450 million Syrian pounds for domestic bidders. Final bid security amounts to 10 percent of the contract value, while delay penalties amount to one thousandth of the contract value, for each day of delay.

The company clarified that the commitment period is 180 days, starting the day following the deadline for submitting bids, which is Nov. 15, 2020.

The sources also revealed that the aircraft offered for sale is one of two in Syria, the second being most likely out of service, especially since the US sanctions, imposed under the Caesar Act, prevent any company, entity or person from dealing with Syrian Airlines, whether buying, selling or supplying spare parts.

According to Wikipedia, the price of a Falcon 900 plane ranges between 40 to 45 million dollars.

Economist, Dr. Muhammad Hajj Bakri, told SY 24 that, “the regime, after having mortgaged the country’s fixed assets through agreements, is left only with the current assets and is now auctioning those off, in light of the financial crisis that has reached its epitome and the poverty that affects most of society, except for the Assad family and their entourage, of course.”

Bakri added, “The Caesar Act prohibits acquiring spare parts for aircraft. As for Assad, he is devoid of patriotism so he won’t be preserving Syria’s resources especially if that means keeping his seat and power while the country is on the verge of economic collapse.”

On Sept.17, 2020, Washington sent a strict warning to Assad, announcing that it would not lift the sanctions on the regime until the release of all of those who are detained arbitrarily, noting that the Assad family and his aides live in luxury and wealth at the expense of the Syrian people.