Hadi al-Bahra has said that recent escalations in Idleb are part of the ongoing negotiations and that each party is working to secure the greatest political gains writes Step Agency. 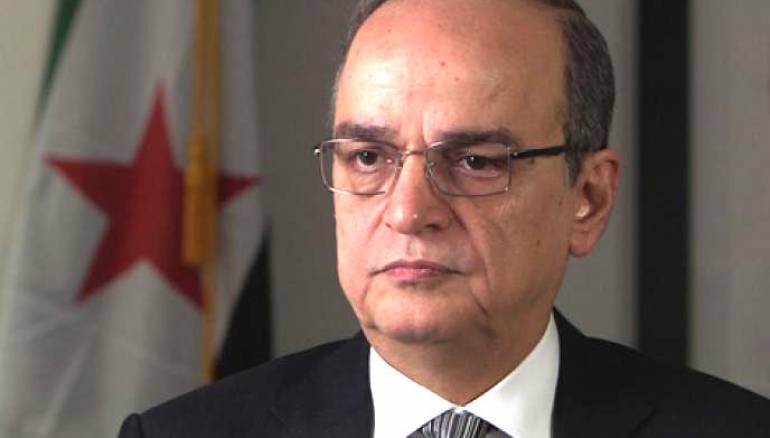 Co-chair of the Syrian Constitutional Committee, Hadi al-Bahra, revealed in a post he published on his official Facebook page on Monday, the reason for the recent escalation in Idleb.

He stressed that the escalation is linked to the negotiations, and is actually considered one of the negotiating tools, as he described it.

He explained that, “the tools of the negotiation process may sometimes be of a military nature, war operations, economic tools, diplomatic tools, and sometimes even legal, but most of the time a mixture of all of those.”

Bahra added, “From time to time, the parties return to the negotiating table to harvest preliminary or final political gains.”

He considered that, “as long as there are discussions and negotiations running in parallel to the use of the [aforementioned] tools, this means that the parties involved learn with certainty that no party can achieve a final political win through any of the negotiation tools.”

Rather, “one of them [negotiating parties] can improve their negotiating power by using the negotiation tools in a temporary and limited fashion,” confirming that this is what is now happening in Idleb.

Bahra’s post coincided with Russian warplanes bombing Idleb. Last Sunday, Russian warplanes targeted the vicinity of Idleb city with 28 airstrikes, which led to some civilian casualties, in addition to fires in the area.

It is worth noting that Russian Foreign Minister, Sergey Lavrov, announced in his statements on Monday evening that Russia and Turkey had stopped their joint patrols on the M4 highway in northern Syria, which actually began last March.

He indicated that the control of Hay’at Tahrir al-Sham is beginning to shrink in the Idleb Governorate, a spot he described as “hot.”