Chaos continue in Daraa with a number of former members of the Syrian opposition being gunned down in the street reports SY 24. 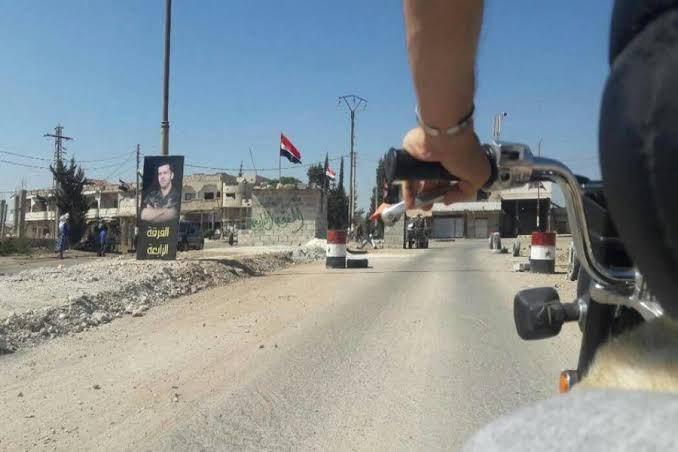 The SY 24 correspondent said, “Unidentified persons targeted Abd al-Salam al-Halqi, known as al-Jandoli, which led to him being seriously injured in the city of Jasim in the northern countryside of Daraa, and he was subsequently transferred to the al-Sanamayn Military Hospital.”

Halqi works as a security representative for the regime’s security services in Jasim. He has had this position since the settlement agreement was concluded in Daraa. He was previously a leader in the opposition factions.

This came a few hours after the so-called Muhammad al-Juhmani was subjected to an assassination attempt in the city of Nawa in the countryside of Daraa, where he was shot and seriously injured.

An explosive device went off in a car in Daraa on Wednesday, injuring Salem Thayb from Branch 265 of the Intelligence Division in Daraa. Thayb’s legs were amputated. A civilian, Muhammad Musa Shehadat, was also injured near a spot infested with military checkpoints affiliated with the regime security.

On Tuesday, the people of Sahwa al-Qamh, in the eastern countryside of the governorate, found three dead bodies belonging to members of the regime forces who are based in one of the military spots on the agricultural road leading to the town of al-Musifra.

Last Sunday, unknown persons assassinated Firas Muhammad Khair al-Naasan, who led a local group working for the Air Force Intelligence Branch, and was shot in the town of Taseel in the western countryside of Daraa.

The SY 24 correspondent also confirmed that military assistant, Hisham Hussein al-Fajr, and conscript, Hussein Hassan al-Dahuk, were killed by unidentified gunmen who were riding a motorbike in a street in al-Sheikh Maskin in the Daraa countryside. He added that the two belonged to the 61st Brigade of the Syrian army in Daraa.