Statments by Mark Lowcock about the Bab al-Hawa crossing have been interpreted as being part of Russian plans to restrict aid deliveries to northwestern Syria reports Shaam Network. 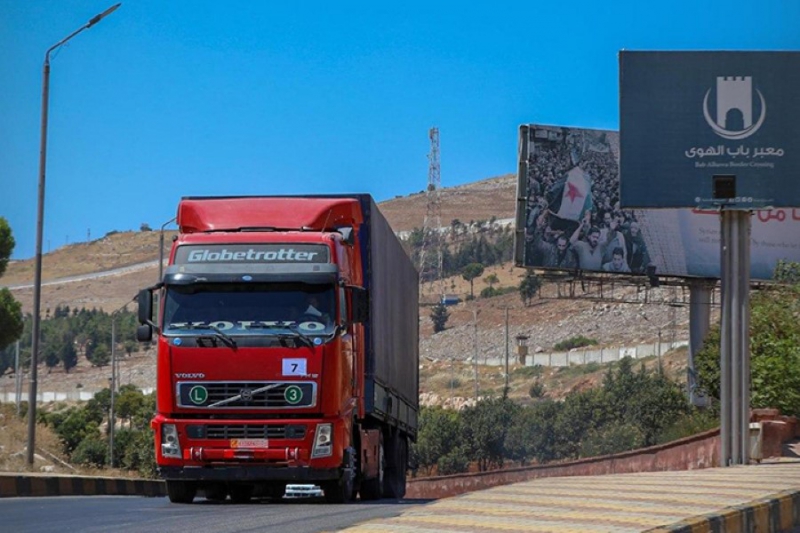 The first steps of the Russian policy to restrict the entry of humanitarian aid to northwestern Syria has begun, despite the issuance of a Security Council decision to extend aid for a year through a single border crossing. One of the steps were the statements of United Nations Under-Secretary General for Humanitarian Affairs, Mark Lowcock, which are in the interest of Russia and its plan, according to those following the humanitarian issue.

During a session of the UN Security Council regarding the situation in Syria, Lowcock touched on the issue of the entry of UN aid convoys into Syria through the Bab al-Hawa border crossing, and claimed that, “there are great challenges on the Syrian side, including the delayed entry of UN convoys to Syria and their complicated return to Syria.”

Alloush affirmed that since the entry of aid resumed last August, UN convoys have not faced any obstacles, and their passage through the crossing has been running smoothly. He noted that 760 trucks carrying relief items reached 15 UN partner organizations since the aid resumed and up until Sept. 16, 2020.

A humanitarian worker, who spoke on condition of anonymity, told Shaam News Network that keeping the Bab al-Hawa crossing open and closing the Bab al-Salama crossing is Russia engaging in foul play. They added that Russia will soon identify the last operational crossing and say it is under the control of Fasil Monsef, who is a designated terrorist as per a Security Council resolution, and demand a halt to aid crossing, thus gaining control over northwestern Syria.