While Russia is looking to secure a political settlement and economic recovery for Syria, Assad is reaching out to European and Gulf states for relations writes SY 24. 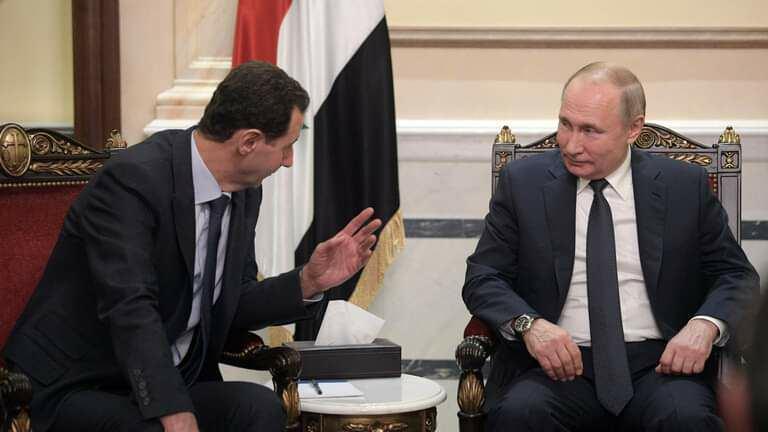 Russian newspaper Izvestia revealed that attempts were made by the head of the Syrian regime, Bashar al-Assad, to approach Europe and the Arab Gulf, noting that “so far, he has not succeeded.”

The newspaper stated that, “the political settlement and the full economic recovery of Syria, which has been ravaged by a years-long war, is one of Moscow’s top priorities, and this is what Russian Foreign Minister, Sergey Lavrov, said while in Damascus recently.”

The newspaper quoted the Director General of the Russian International Affairs Council, Andrey Kortunov, as saying that, “the Syrians hope that Russia would take Syria under its wing. Ideally, there is a desire to build bridges with Syria, but Moscow’s positions and those of Damascus are divergent, and it would be difficult to reconcile them, because the expectations of the two countries are simply different.”

The Russian official added that, “it would be premature to say that Russia will withdraw completely from Syria. Moscow and Damascus have signed a long-term lease agreement for military bases in Syria and the presence of Russian military infrastructure on Syrian territory has been agreed on.”

He pointed out that,”history shows that Russia sometimes wins the war, but loses the peace in the process, which means that Russia realizes [military] wins, but makes way for other parties to step in when it comes to developing the economy of the country.”

Furthermore, the Russian official revealed that, “Bashar al-Assad is trying to court both the European Union and the Gulf states, but so far this has not achieved much success.”

He added, “It is very important for us to not only play our own game here, but rather engage in a collective plan, which is agreeing with European and Gulf states on joint projects in Syria to coordinate our re-entrance and the rebuilding of the Syrian economy.”