A US helicopter crash landed in the eastern countryside of Hassakeh, and was then surrounded by armoured vehicles and taken away writes SANA. 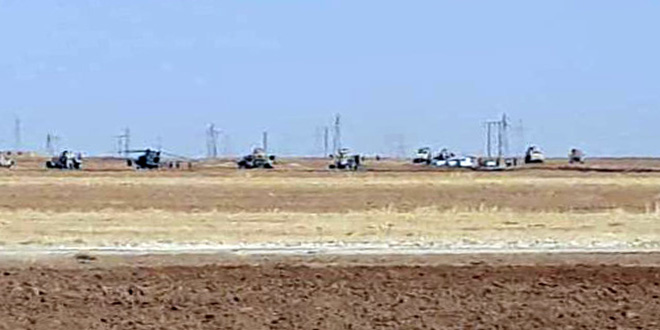 A helicopter belonging to the US occupation crashed in al-Yarubiya district in the eastern countryside of Hassakeh, local sources told SANA’s reporter in Hassakeh.

SANA’s reporter quoted the sources as saying that, “a helicopter belonging to the US occupation crashed in Tel Hadad village in al-Yarubiya district in the far eastern countryside of Hassakeh,” pointing out that about 10 armored vehicles belonging to the occupation forces surrounded the village, and the wrecked helicopter was transported by another helicopter using iron chains.

In addition, sources from the illegal US-led coalition admitted in press statements to the incident, but underestimated it and considered the crash of the helicopter to be an emergency landing and did not result in casualties.