Tim Alsiofi has won the Amnesty International Award for his short film that depicted life in Eastern Ghouta and the regime’s assault on the area writes Zaman Al-Wasl. 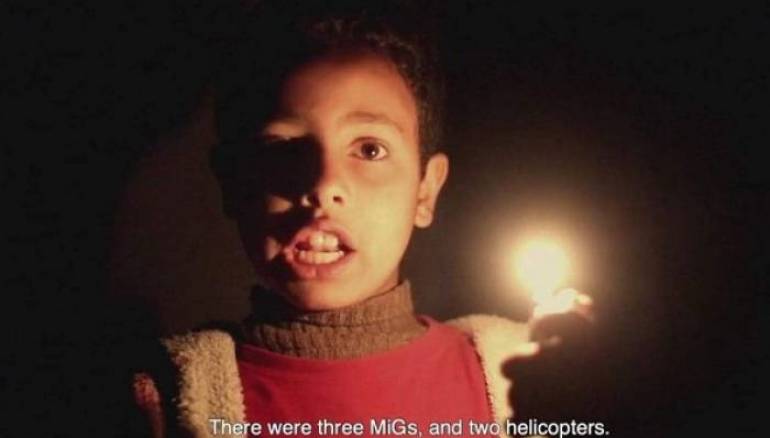 “In twelve painful minutes we feel that we were transported into a very distant reality. It reminds us how important it is never to stop filming, even when everything around us collapses. The bravery to film in these circumstances in a realistic and poetic manner deserves recognition,” the jury of the Amnesty International Award said.

The young director, who has been living in Turkey for a year, expressed his happiness that the film, produced by the Bidayyat Foundation for Audiovisual Arts in 2019, has won. However, he said that he did not really seek awards but wanted to ensure that people’s voices are heard and that those outside Syria get a glimpse of what was happening inside the besieged areas.

From 2012 to 2018, Alsiofi was trapped in Eastern Ghouta, and documenting the bombings and killings that he grew accustomed to seeing daily was his major concern, in an attempt to record that moment of history and to present a different vantage point of the war. “Winning [the award] does not make us forget the pain that was on film, especially on a personal level,” he said.

The 12-minute long “Douma Underground” took around six months to complete. According to Alsiofi, he had to re-watch all the material he filmed in order to decide on what to keep, which forced him to face the same painful moments and pictures of war, blood and fire over and over again for months. He also faced technical as well as ethical problems, from smuggling camera and archive footage from under the regime’s nose to the responsibility of communicating all the voices of those who stood before his camera.

Alsiofi revealed to us that a member of the People’s Assembly had contacted him before leaving the country and offered him a large sum in exchange for leaving his films behind, but he managed to trick him and slip away with his archive.

He said that many directors outside of Syria do not really know what war or revolution was like, seeing clips of bombing, destruction and systematic killing only through mainstream and social media without knowing how it feels to live these experiences. He criticized those who use activists fleeing Syria as treasure mines to be bought, negotiating about this or that archive and discussing prices, which to him is one of the most painful truths.

Alsiofi, who was unable to attend the award ceremony, dedicated his film to every mother and person who lost loved ones in the war, especially in Douma, Eastern Ghouta, and to 23 of his neighbors who died in the last raid on Douma, including Imran, a child who appeared at the end of the film, holding a candle inside a dark room, and “whose picture has lit up the corners of the world.”