Moscow and Damascus confirmed their commitment to strengthening their ties, while Walid al-Muallem said that the timing of the next presidential elections will not be tied to the discussions on a new constitution, SANA reports 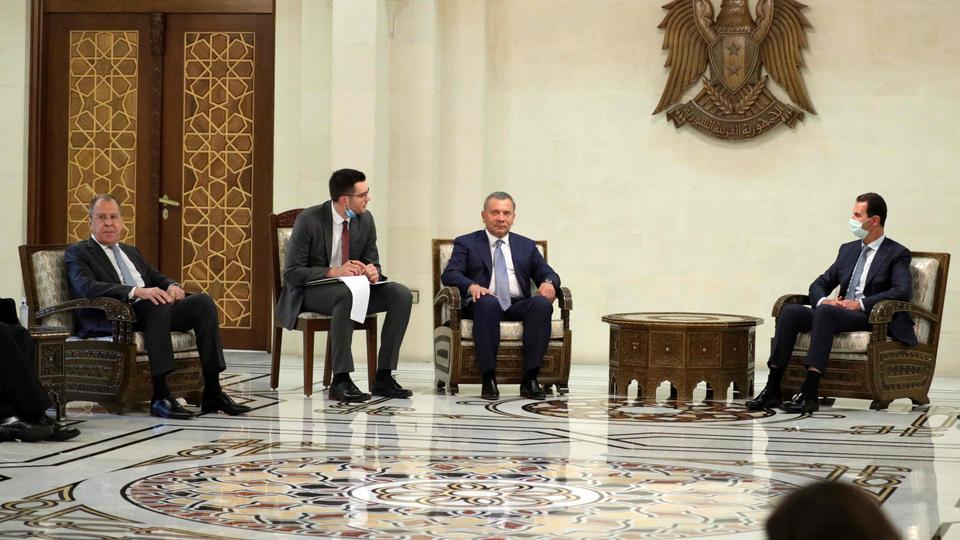 The two sides expressed their satisfaction over the level their bilateral cooperation reached in different fields, and asserted their joint will to continue the development of this cooperation and promoting it to achieve the interests of the two friendly peoples.

On the economic field, the two sides discussed means of implementing agreements signed between the two countries and their endeavors to realize new agreements in a way that would contribute to achieving the interests of the two countries and ease the repercussions of coercive sanction policies adopted by some countries against the Syrian people. There was an agreement on the importance of the implementation of mechanisms that would overcome the economic blockade and pressures imposed on the Syrian people.

As to the political field, the Russian delegation confirmed Russia’s continued support and help for Syria in its political endeavors on different tracks despite the attempts of some western countries to hinder reaching any understandings or agreements that come in the interests of the Syrian people.

The Russian delegation underlined its commitment to the territorial integrity and sovereignty of Syria and to the restoration of its regional and international role.

President al-Assad affirmed that Syria was and still adopts flexibility on the political track and that it synchronizes between working to combat terrorism and achieving the security and stability the Syrian people hope for.

The President expressed the Syrian people’s appreciation for Russia, as leadership and people, for its military, economic and political support and for helping Syria restore its security and territorial integrity as well as passing the effects of economic terrorism on the Syrian citizen, stressing the Syrian government’s determination to continue work with Russia to carry out the agreements signed between the two countries and making Russian investments in Syria a success.

Muallem said that the future of relations with friends in Russia is promising and hopeful with regards to the economic and political situation in the country.

Borisov said that Syria and Russia were linked by a partnership relation in different domains and that the two countries spare no effort to boost them.

Al-Muallem added that the next constitution will be the result of what will be reached by the members of the committee for discussing the Constitution, affirming that whether the constitution is a new one or an amendment one, it will be put before a popular referendum to have the widest representation.

He said “our economic relations grow and develop in the interests of both the Syrian and Russian peoples and we are optimistic that the general economic situation will improve in the coming months.”

Al-Muallem stressed that the discussion on the constitution will continue until an understanding between members of the committee for discussing the Constitution is reached and that its timing is not related to the presidential elections which will be run on time next year.

Meanwhile, Lavrov affirmed that the current visit is dedicated to discussing the future prospects of developing Russian –Syrian relations and discussing the situation in Syria, the region and the world .

He added that Syria gained victory, with the support of Russia, in its war against international terrorism and the foreign forces that support them.

Lavrov said that the two sides discussed the priorities of the bilateral economic and commercial cooperation within the joint committee between the two countries.

He added that some countries attempt to pass their schemes in Syria by targeting the Syrian people through sanctions.

Lavrov went on to say, “we reaffirmed our commitment to the sovereignty and territorial integrity of Syria, and our respect for the principle which affirm that the Syrians are the only ones to decide the future of their country.”

Lavrov said that all documents issued by the Astana track and bilateral agreements confirm the commitment of Turkey and Russia to the territorial integrity of Syria.