The U.S. does not appear to have any strategy in Syria, the Syrian and Russian armies reportedly inflicted damage on ISIS, more kidnappings in Turkish-held areas and more Covid-19 cases 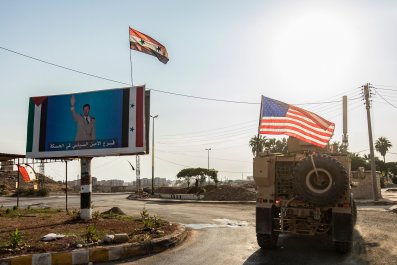 The Health Ministry announced on Saturday that 63 new Coronavirus (COVID-19) cases have been registered in Syria and that 17 persons infected with the virus have recovered, while 3 others have passed away. SANA reported that This brings the total number of the infections with the virus to 3104, of which 715 patients recovered while 130 others passed away.

In a new article released this week, Newsweek cited an unnamed senior U.S. intelligence official as saying that the ongoing American strategy in Syria is a ‘clusterf**k’ as the next presidential election approaches in November. While “both candidates vow to end the ‘endless wars’ waged by their predecessors”, as Newsweek points out, the U.S. currently has no strategy for Syria. According to the article, the U.S. “doesn’t have a strategy [on Syria]” other than “to ensure an enduring defeat” of ISIS and to occupy Syrian oil fields. It cited Pentagon spokesperson Jessica McNulty as saying that the U.S.-led coalition does not coordinate or share intelligence with Russia in Syria.

The Syrian and Russian armed forces managed to inflict heavy damage on ISIS hideouts and bases in central Syria this weekend. According to Al-Masdar, the Russian and Syrian armed forces, backed by their air forces, were able to eliminate several Islamic State terrorists, while also destroying several of their sites between Al-Sukhnah and Al-Shoula.

A video allegedly showing the beating and torture of a small child by Syrian opposition groups was shared on a Telegram group on Thursday. According to North Press, local activists from Syria’s northern Turkish-held Azaz region claim that a Turkish-backed Syrian opposition group known as the Elite Army had enlisted the help of a local woman and several men to kidnap the child and hold it for ransom. The group is said to be led by Khaled Zuhair, a militant well known in the past two years in the Azaz and Jarabulus regions held by Turkey for kidnaping women, children, and the elderly and asking their families for ransom, the activists said.