U.S. and Russian forces remain active in northeast Syria where they are involved in a mini Cold War-like conflict, Al-Masdar says 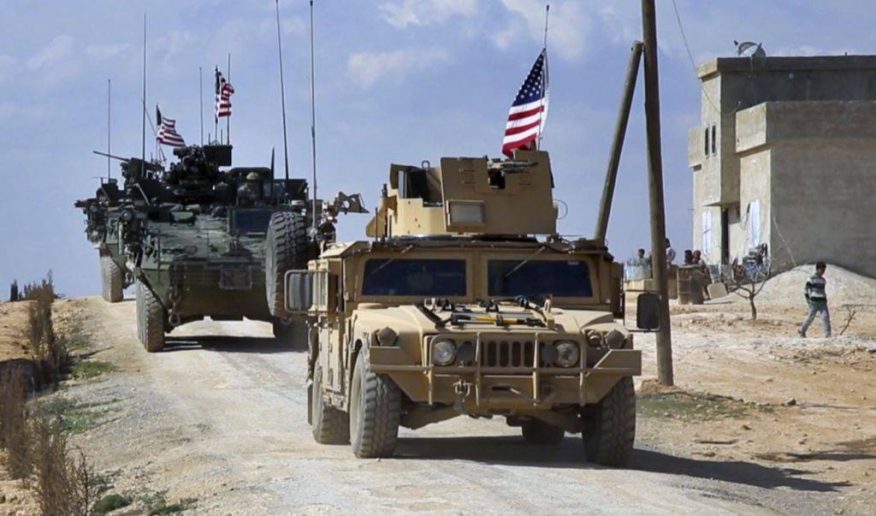 According to local reports from Hassakeh, over 60 trucks and armoured vehicles belonging to the U.S.-led International Coalition entered the Syrian governorate via the Al-Walid Crossing that links with Iraq’s Nineveh Governorate.

The U.S. military and Russian army are currently involved in a mini Cold War-like conflict in northeastern Syria, which culminated last week in a motor vehicle accident near the border-city of Malikiyah.

Making matters more difficult for the U.S.-led Coalition, they are facing threats from the Al-Oqeidat tribe, which is currently demanding the withdrawal of the American and SDF troops from the eastern countryside of Deir Ezzor.

Elsewhere in Syria, a Russian TV channel released a video on August 31st that showed the Russian military patrolling the border of the Golan Heights in Syria.

The video, which was taken before the Israeli airstrikes on August 31st, showed the Russian military conducting their daily monitoring missions near the occupied areas.

The Russian military has been deployed along the border of the occupied Golan Heights since the Summer of 2018, when the Syrian Armed Forces reached a reconciliation agreement with the rebel factions in Daraa and Quneitra.

Previously, the jihadists of Hay’at Tahrir Al-Sham (previously Jabhat Al-Nusra) controlled the border after seizing the administrative capital of Quneitra and several nearby towns.