The coronavirus is spreading across Syria, with regime controlled area seemingly worse hit, as some hospitals close their doors to non-coronavirus related illnesses. 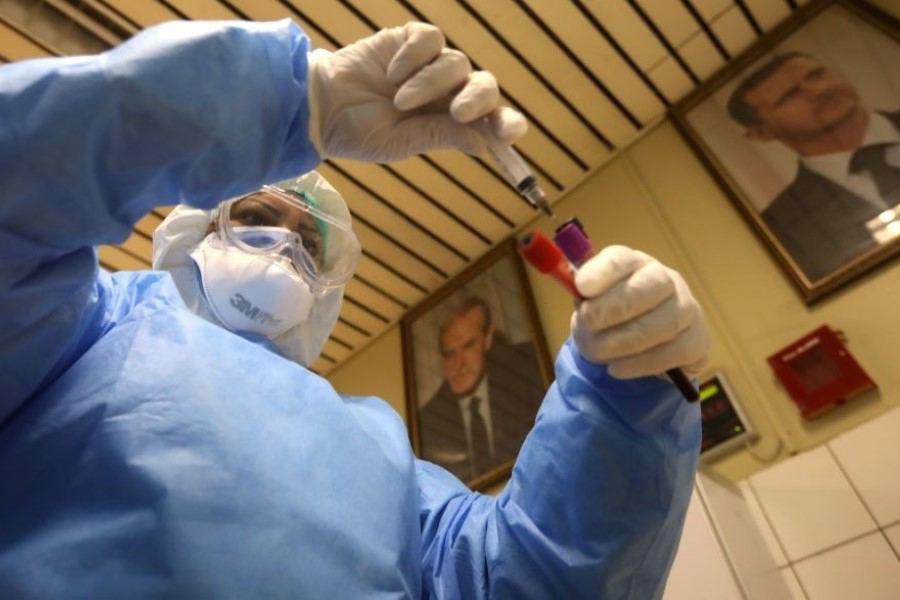 According to the official announcement, the number of people who have tested positive for the virus has risen to 2,365, including 533 recoveries and 95 deaths.

The SY 24 correspondent said that, “more than 100 cases have been confirmed in the city of Douma between last Friday and Tuesday evening,” noting that “several elderly people from the city have died after a struggle with the disease, and were not provided with any kind of healthcare.”

The correspondent confirmed that, “among the infected are young men belonging to the regime’s army, and their infection was confirmed after they had been in contact with Iranian militia members. They ended up being quarantined in the 601 Military Hospital in al-Mazzeh district.”

He explained that, “the Health Directorate imposed a quarantine on the families of the soldiers who tested positive for the virus, because they had visited them a few days prior.”

The city of Douma, in eastern Ghouta, has been witnessing an increase in the number of infections, without any action taken by the regime’s government to limit the spread of the virus.

Furthermore, in the countryside of Damascus, al-Tal Hospital have not been able to admit non-coronavirus cases, in light of the high number of coronavirus cases in the city.

A medical source told Sowt Al-Asima that the al-Zahraa Military Hospital and the Hassan clinics have been receiving approximately 20 coronavirus cases daily, knowing that the number of cases did not exceed three in the past month.

Al-Zahraa Hospital in particular suffers from weak medical capabilities, and difficulty in receiving non-coronavirus cases, while the clinics continue to receive sick cases to the best of their ability, according to the source.

At least four people, out of the total daily infections, are categorized as critical cases, and most often they are people over fifty years old. The daily death toll has not been less than three since the beginning of August.

On Saturday, the city saw the passing of Dr. Adnan Hijazi, the first death among its medical cadre, as a result of the coronavirus.