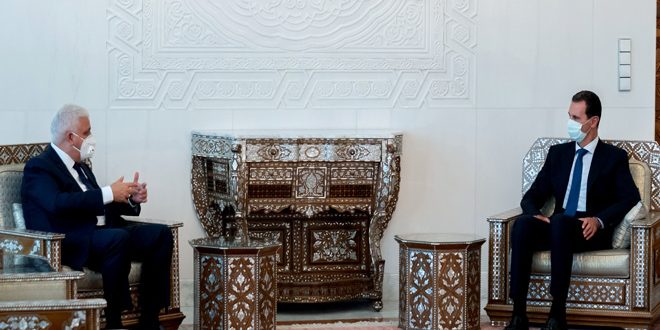 Fayyad conveyed a message to Assad from the Iraqi Prime Minister on enhancing bilateral cooperation in various domains and continuing consultation and coordination on the latest political and security developments in the region, in addition to efforts exerted in combating terrorism and bolstering security on the borders between the two countries.

Talks during the meeting dealt with the continued coordination of the Syrian-Iraqi efforts in the field of combating the terrorism that the two countries are exposed to by the Islamic State (ISIS) and other terrorist and Takfiri organizations.

The two sides emphasised that the economic and security challenges facing the region and the dangerous foreign schemes targeting it necessitate close cooperation between the two countries in order to foil those schemes and put an end to the foreign interference in its affairs.