After being arrested and taken to a police station, Berwyn Ibrahim was make to promise that she would never protest reports Sowt Al-Asima. 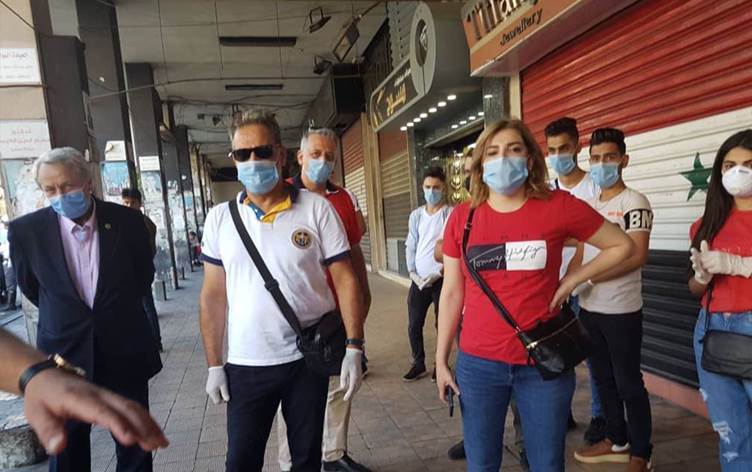 The Syrian regime’s intelligence forces have forced the head of the Youth Party for Development and Change, Berwyn Ibrahim, and those who were arrested with her, to pledge that they would not undertake any other sit-ins or protests.

Ibrahim was arrested with three members of the party on Monday, while she was protesting in front of the Syrian People’s Assembly building in Damascus. She was protesting the systematic fraud that took place during the recent parliament elections. They were released hours later.

Ibrahim said in a statement to Rudaw that she rejects the policy of exclusion and exclusivity, adding, “We, and dozens of Syrian candidates, have submitted objections to the electoral process to the Supreme Constitutional Court, within the conditions set by the law, only to be surprised with a collective rejection of all appeals. This is considered a violation of the law and the constitution, which comes against the backdrop of the politicization of the court by some leaders of the Baath Party.”

Concerning the sit-in, Ibrahim affirmed that, “following these violations, the leadership of the Youth Party for Development and Change and the leadership of the Syrian Democratic People’s Party decided to organize a quiet protest before the People’s Assembly. We also informed all relevant governmental entities a week prior.”

She pointed out that, “after the protest and reading out the statement signed by the participating forces, we were surprised that a large group of security forces personnel in civilian clothes attacked us, confiscated our mobile phones and our personal items, and drove us in cars after blindfolding us, to an unknown destination. We later learned that we were taken to the Arnous Police Station in Damascus.

Ibrahim added, “After several hours of exercising ill-treatment towards us, we were separately asked to sign a document pledging that we would not protest in the future.”

She stressed that the protest was not the first and it certainly won’t be the last, saying, “We reject exclusion and monopoly and the concept of a sole government.”