Citizens of Daraa have protested against the continuing arrests and kidnapping of residents by the regime reports SY 24. 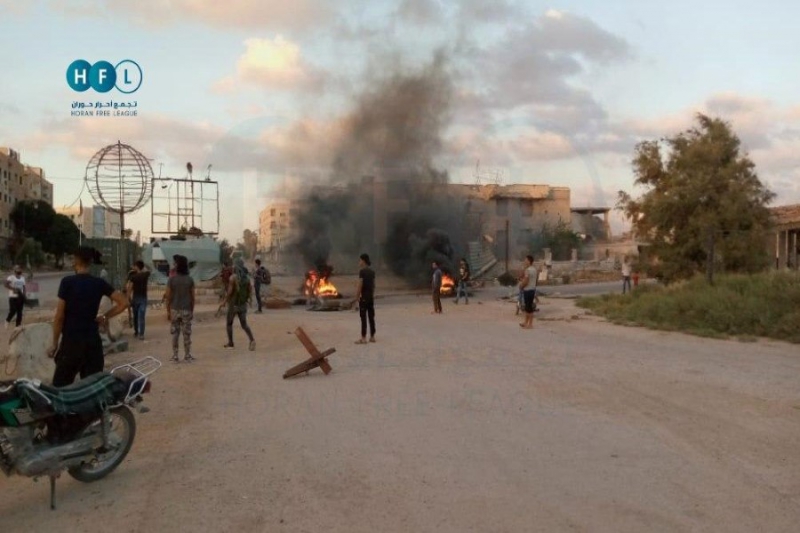 Dozens of civilians in the city of Daraa organized a protest on Monday evening to demand the release of the detainees and to protest against the ongoing detention operations against the people of the city, which have not stopped since the settlement agreement.

According to activists, people in the Daraa camp organized a protest during which they set fire to tires and blocked all roads leading to the camp, in order to pressure the regime into releasing the detainees in its prisons.

Activists confirmed that the Assad forces were mobilized near the Hamama roundabout and near Busra Square and al-Hamid Mall in Daraa al-Mahatta, out of fear of what the protesters might do.

Local activists called on the people of Daraa to go to Busra Square in the center of Daraa, which is located near a military security checkpoint, in support of the detainees.

Last month, the Daraa Martyrs’ Documentation Office recorded at least 19 detainees and kidnapped people, eight of whom were released later that month. These data do not include those who were arrested and enlisted into mandatory and backup military service with the regime forces.