The recent tension between the Arab clans in Deir ez-Zor and the Syrian Democratic Forces has been blamed on the Assad regime’s efforts to sow confusion writes ANHA Agency. 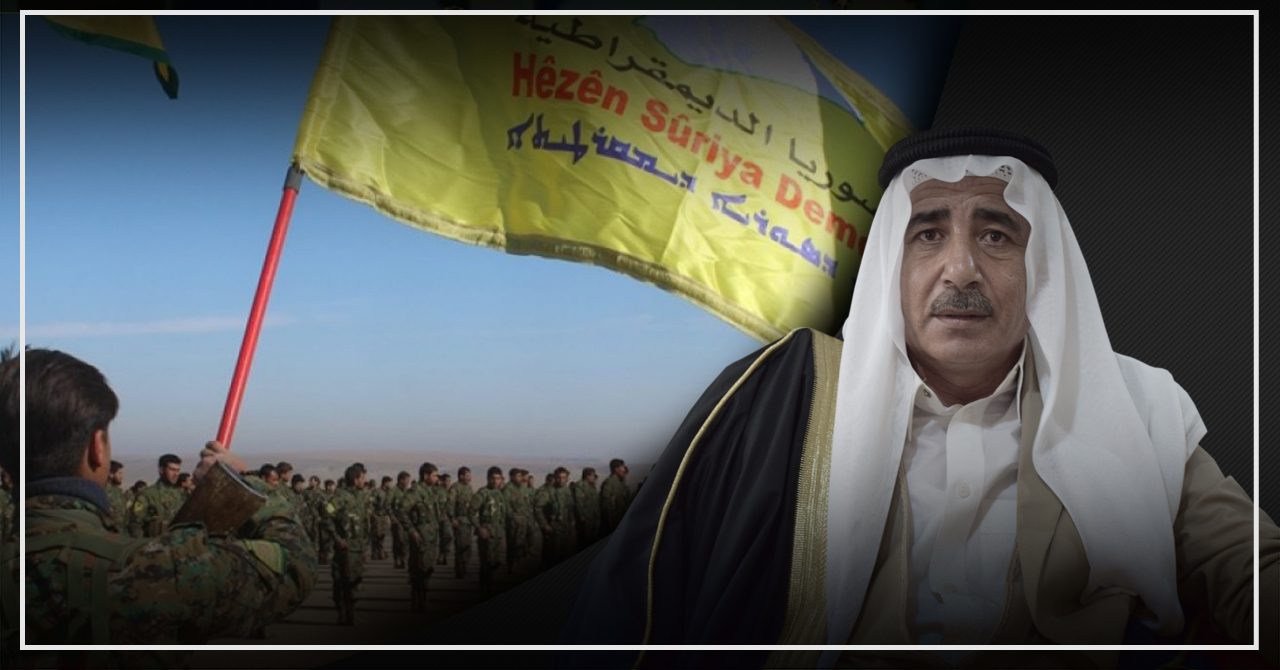 In an attempt by the Assad government to take advantage of the assassination of the spokesman for the al-Akidat clan, Mutashar Hammoud al-Hafl, the government mobilized all its media outlets to incite discord and fighting, so that Deir-ez-Zor, specifically the towns of al-Hawayj, Dhiban, and al-Shuhail in the eastern countryside, witnessed movements that soon turned into subversive and military operations.

As a result, the sheikhs and notables of Arab tribes called on the Syrian Democratic Forces (SDF) to intervene and control the situation by intensifying their military barriers and pursuing armed groups. During the operations, the SDF arrested a number of Assad government cells, who were planning to assassinate tribal and military figures with the aim of accusing SDF.

Furat News Agency had met with Abd al-Razzaq Nawwaf al-Qoti, who was arrested by the SDF while distributing leaflets in al-Shaddadi area on Jul. 29, 2020.

Qoti admitted that the Syrian Intelligence had assigned him the task of assassinating the sheikhs of the tribes and members of the local councils of the Autonomous Administration of North and East Syria.

Concerning this, Sheikh Muhammad Aref, the spokesperson for al-Sharbein clan in Iraq and Syria, spoke to ANHA, saying, “What is happening in Deir-ez-Zor is a clear exploitation of the Arab tribes, and spreading a kind of sedition between the SDF and the Arab tribes.”

He added, “The Arab tribes in Deir-ez-Zor must preserve security and stability in the region, and not be drawn into the rumors broadcast by some parties.”

He asserted, “A force that liberated Deir-ez-Zor from terrorism has no interest in assassinating its sheikhs. On the contrary, the SDF and its leaders value the status of sheikhs and clans’ notables and extinguish the fire among the tribesmen, so the beneficiaries of these assassinations and attacks are terrorist groups who wanted to target security, safety and civil peace.”

“With every attack by the SDF against Islamic State mercenary cells, some try to cause confusion.”