The regime’s Health Ministry has announced a rise in the number of coronavirus cases, but the number are believed to be far lower than the reality reports Alsouria Net. 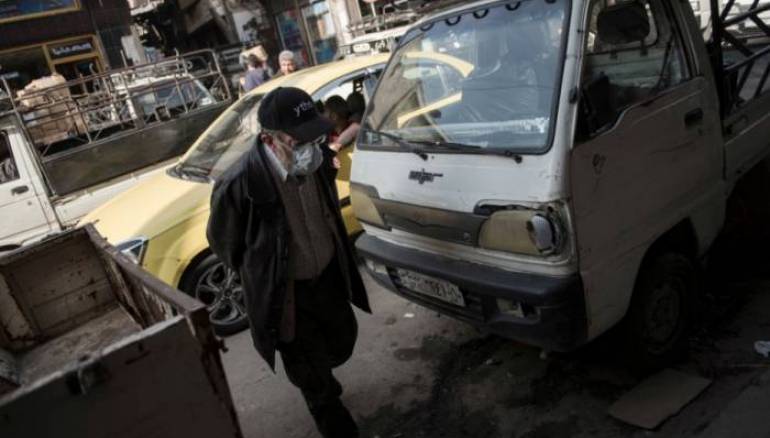 Zaman Al-Wasl sources have rebuffed the regime’s tally saying the death toll is in the hundreds, claiming the epidemic has become out of control in regime-held areas and the situation is catastrophic.

Syria’s capital is facing a “terrible” spike in COVID-19 infections, with hospitals packed, patients scouring Facebook for advice and medics fearing the virus is spreading faster than clinics can test for it.

Limited testing facilities and Syrian regime control over pandemic statistics have led to concerns that the real number of cases is much higher than what’s reported.

Officially, 1,160 people have now been confirmed with the coronavirus in Syria, and while at least 331 people have recovered from COVID-19 and 50 people have died, the majority of them have been registered since July, according to data from the World Meters organisation.

On Tuesday, four players and three staff members on Syria’s national soccer team tested positive for coronavirus and were placed in isolation, a Syrian official said.

The infections come amid reports of a surge in COVID-19 cases in the divided, war-torn country, where healthcare facilities and services have been badly hit during the nearly 10-year conflict. Many doctors and health practitioners have fled Syria.

After being slow to implement a lockdown, Syrian authorities have since eased restrictions amid deepening economic hardship. Tightening Western sanctions have also led to increasing poverty in government-controlled Syria.

After restrictions were eased in early June, there was a notable increase in recorded cases, mostly in the capital Damascus and its surrounding countryside. Dozens of cases were also recorded in Aleppo and other government-controlled areas.

In late July, the United Nations Office for the Coordination of Humanitarian Affairs said official cases reported by the Syrian Ministry of Health increased by more than 100 percent in July, including over 270 cases of unknown origin “potentially indicating that community transmission is now widespread.”