Hadi al-Bahra has said that the Constitutional Committee will go ahead and will not be postponed unless the coronavirus situation changes in Switzerland writes Shaam Network. 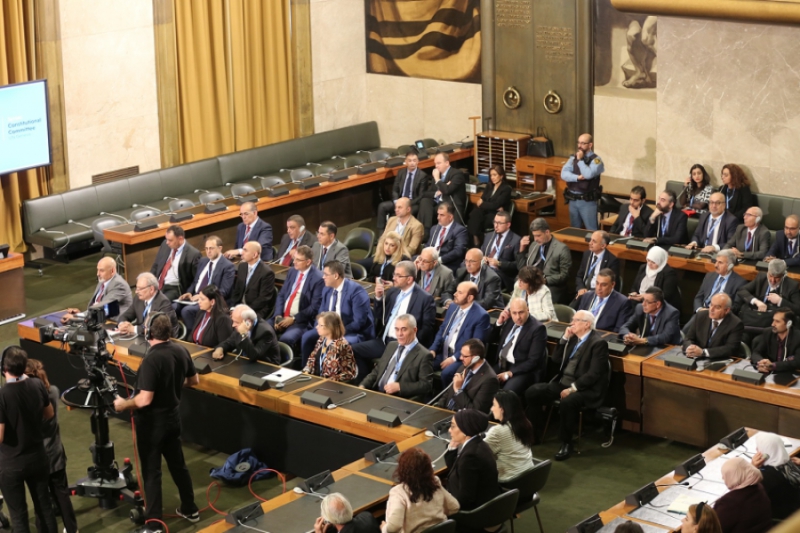 Bahra stressed in a virtual workshop held by the committee — which was attended by a number of its members and a group of journalists — that the meeting came after long negotiations and procrastination on the part of the regime to lock down the agenda.

Bahra stated that, “visas were only granted to the members of the committee participating in the meeting, and there were certain actions that the Swiss authorities took.”

He also touched on, “the need to educate Syrians about the importance of the Constitutional Committee and its work, especially the extent of its contribution to the future of the country.”

Bahra said that “field agreements in all areas of Syria are temporary,” considering that these agreements are, “a temporary organizational stage to sort out military matters, and it is once that is achieved, the political process will start.”

He stressed that, “the first meeting of the Constitutional Committee last year was the beginning of the process, and it gave a positive impression about the progress it had been making and the development of the framework of its mandate.”

On Jul. 25, 2020, representatives of the 50th negotiating committee in the Syrian Constitutional Committee held a virtual meeting, at the invitation of Bahra. to with Anas al-Abdah, also attended.

Attendees discussed the preparations for the upcoming stage, which was initiated by United Nations Special Envoy for Syria, Geir Pedersen.

Abdah presented a brief on the latest political developments related to Syria, during which he affirmed the HNC’s full support for the work of the Syrian Constitutional Committee.