Kurdish groups have gather for the second phase of talks, with the aim of resolving difference and formulating a plan for cooperation between the different sides reports Basnews. 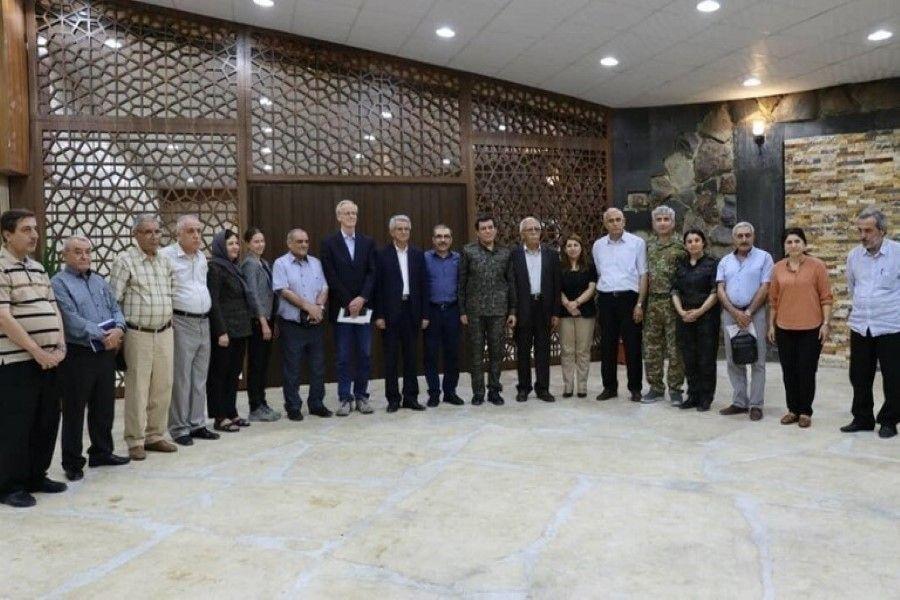 A Syrian-Kurdish source has revealed that the second phase of negotiations have officially begun between the opposition Kurdish National Council and the Kurdish National Unity Parties led by the Democratic Union Party (PYD) under American sponsorship.

An informed source, who preferred to remain anonymous, told Basnews that, “a dialogue session was held between the Kurdish National Council and the Kurdish National Unity Parties in the presence of the US State Representative, Zahra Bailey, and the Commander-in-Chief of the Syrian Democratic Forces (SDF), Mazloum Abdi, at one of the American bases in the countryside of Hassakeh.”

The source added, “A second follow-up session is scheduled soon and the issue of self-administration will be discussed according to the basis of the Duhok agreement between the two parties.”

On Jun. 17, 2020, the Kurdish parties issued a joint statement in which they announced reaching an agreement and the end of the first stage of dialogue between them, and that the 2014 Dohuk agreement on governance and partnership in administration, protection and defense is a basis for continuing the ongoing dialogue between the two delegations, with the aim of reaching the signing of a comprehensive agreement in the near future.

Intense negotiations between the two sides have been ongoing since the beginning of last April, under French auspices and American pressure on the two parties to reach the formation of a new joint administration for the area under the control of SDF in eastern Syria.