As coronavirus continues to spread, the government announces the closure of mosques and the halting of mass prayers, while the government media outlets are hit particularly hard. 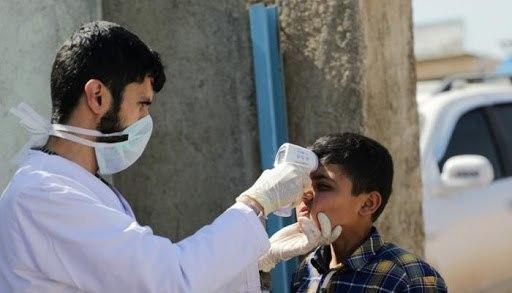 On Sunday, the Ministry of Endowments announced the suspension of Friday and mass prayers at the mosques of Damascus and its countryside for fifteen days, as of Monday, in response to the precautionary measures for tackling the novel coronavirus (COVID-19), SANA reported.

The ministry says it took this step to prevent the spread of the coronavirus epidemic in the province of Damascus and its countryside.

Meanwhile, Damascus Governorate launched Monday, a disinfection campaign covering all the city streets and neighborhoods, starting from Bab Musalla and al-Midan areas aimed at enhancing measures taken to contain coronavirus in light of the increase in registered infections. Director of Cleaning in Damascus Governorate said that the focused campaign includes disinfection and cleaning, and it will cover all Damascus neighborhoods in parallel with the usual daily work carried out by the services department, including disinfecting and cleaning the city’s streets.

A number of shop owners in al-Jazmatia area stressed the importance of sterilization and maintaining spatial distances in crowded places, affirming their commitment to the preventive measures of disinfection.

In Deir ez-Zor, two COVID-19 cases were recorded in al-Kasrah hospital in the western Deir ez-tor countryside. One of them came from Raqqa city, while the other one came from the western Deir ez-Zor countryside, which pushed the hospital staff to announce measures against the virus. Opposition outlet Deir Ezzor 24 met with one of the medical employees working in al-Kasrah Hospital to learn about the latest developments with regards to the infections and procedures taken.

He said, “The United Nations Monitoring and Follow-up Team (EERN) is present in the hospital. It is composed of a number of people from the region who have been working for years to control pandemics”

He added, “Al-Kasrah Hospital lacks respirators, which are very important for the critical cases. It also lacks the necessary laboratory materials and equipment, knowing that the lab technicians were trained by experts on PCR, the device used to check the swabs. The hospital was also equipped at modest level with special beds for the quarantined persons. The infected people are quarantined at home unless there is a need to transfer them to hospital.

Regime television anchor, Ajfan Qabalan, announced that she has contracted the coronavirus. She is the fourth media personality to announce her infection in recent days, while stressing the spread of the pandemic throughout Damascus, while information indicates the virus is spreading in the building of the regime’s TV.

Pro-regime media figure, Shadi Helwa, published a video on his Facebook account in which he talked about what he described as a “terrible outbreak of the coronavirus in Aleppo”, justifying the regime’s failure to deal with the pandemic.

Helwa commented on the repeated news about the infection of female anchors and described it as a bad habit, indicating that he would be open about his test results should he ever contract the disease. He went on to blame citizens for the spread of the coronavirus.

Pro-regime media sources revealed that at least three female employees who are affiliated with the regime’s public radio and television had coronavirus. This news coincided with the announcement of the passing of the editor-in-chief of the regime’s news channel.

This comes after media figure and supporter of the regime, Nour Qassem, who works for the regime’s Tishreen newspaper, announced that she was also infected with the coronavirus. This was followed by a similar announcement from an anchor on a Syrian satellite channel, Marwa Odeh, along with the infection of another anchor called Heba Ajeeb.

The three infected people also published video recordings in which they talked about their symptoms, amid reports that the regime has deliberately kept secret the number of positive cases, while new cases were recorded in the radio and television building in the capital Damascus.

The General Authority for Obstetrics and Gynecology at the University Hospital in Damascus announced today that one of its doctors had died from coronavirus.

The doctor, Mahmoud Omar Sabsoub, a member of the academic staff in the Faculty of Human Medicine at the University of Damascus and who holds a doctorate degree with high distinction, was subjected to home stay a few days ago, after he started experiencing symptoms.

The authority added that the 62-year-old doctor ended up dying from health complications, which records the first death at the Maternity Hospital in Damascus.

The number of cases that that have been officially announced in Syria is now 809, including 256 recovering cases and 44 deaths. Information indicates that the infections documented by the Ministry of Health constitute only a fraction of the total infections in the Syrian governorates.

The dean of the Faculty of Human Medicine at the University of Damascus, Dr. Nabog al-Awa, confirmed that the real numbers of people infected with the coronavirus in Syria are higher than the numbers announced by the Ministry of Health, noting that the numbers that are published do not convey the reality because the ministry conducts a limited number of tests, knowing how limited their capabilities are. Awa added that, “the infected do not usually visit the hospital except when the situation is dire, for fear of quarantine or because they are afraid of stigma.”

On Jul. 27, 2020, the regime-affiliated Ministry of Information announced the death of Khalil Mahmoud, a media executive for the regime’s television. He was the editor-in-chief of the regime’s news channel.