Coronavirus is continuing its deadly spread in Syria, with Damascus and its countryside being the most heavily affected reports Shaam News. 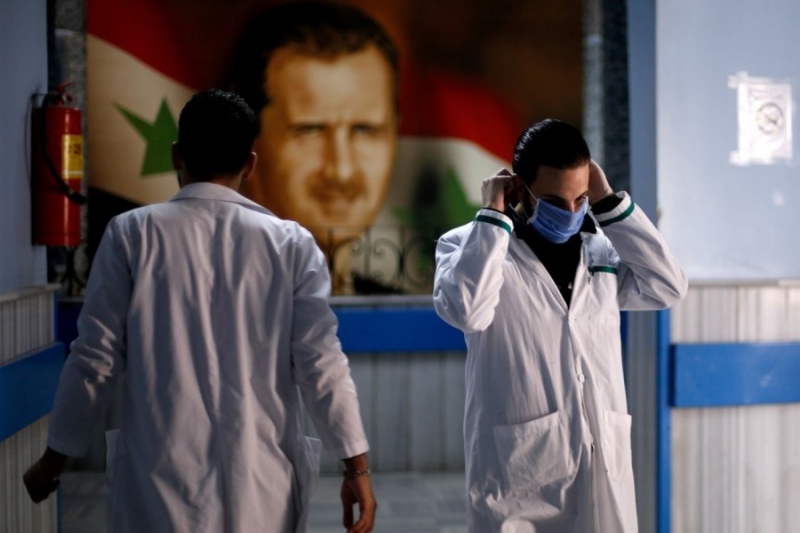 Social media has seen a remarkable spread of images of condolences letters in the regime-controlled areas — especially in Damascus and its countryside — amid great concerns about the coronavirus with the numbers of the elderly who are dying as a result of the spreading virus, and a regime that has been shrouding the real consequences of the pandemic.

Pro-regime pages quoted the Dean of the Faculty of Medicine in Damascus, Nabog al-Awa, as saying that the coronavirus is spreading like wildfire in the country and no one was prepared for the rate at which it has been spreading, and the rate of infections among Syrians has become very frightening, namely 100 infections or inconclusive cases daily.

Awa attributes this tremendous spread to, “the absence of a health awareness culture among citizens as well as shirking the precautionary measures necessary for prevention — namely wearing a face mask, committing to social distancing, hand washing and sterilization, which is what the regime has been preaching while also managing to overlook the bad state of health services in the country, amid the neglect that the health sector has been exhibiting.

The pro-regime Ministry of Endowments has decided to suspend Friday prayers and congregations in mosques in Damascus and the Damascus countryside for 15 days effective tomorrow, as part of what it said were precautionary and preventive measures to address the pandemic.

On Saturday, the regime’s Ministry of Health recorded 23 new cases, bringing the number in the regime-controlled areas to 780, deaths to 43, recovering cases, 246, after the ministry announced the full recovery of nine cases.

The ministry also revealed in a statement that the cases that were announced are those that have been confirmed by the PCR test, and that there are also asymptomatic cases.

The ministry claimed that it does not have the capabilities to conduct exhaustive surveys in the governorates to gauge the gravity of the situation, and blamed the, “unfair economic blockade imposed on the country that has affected the health sector in all its components.”

According to the ministry’s statement, the current situation requires extreme caution and the highest level of precautions must be taken, especially for the elderly and those suffering from heart disease, diabetes and other chronic diseases.

Earlier, the regime’s director of the office of the dead in Damascus, Firas Ibrahim, said that the number of deaths resulting from the coronavirus or from similar cases has increased significantly since Jul. 10, 2020, revealing that the daily average death rate in Damascus is 40.

A forensic pathologist spoke about the incorrectness of the burial procedures in regime-controlled areas.

Sowt al-Asima had published a leaked recording of a Damascene doctor in which they say that the daily death rate in Damascus reached 25 deaths. The sources mentioned deliberate negligence on the part of the nursing staff, with talk of increasing numbers of deaths.

The regime’s Health Ministry’s scenario did not change much, for it announced a death toll nearing 35 a day.