Syria has condemned recent reports regarding an oil deal between a US oil company and the Syrian Democratic Forces writes SANA. 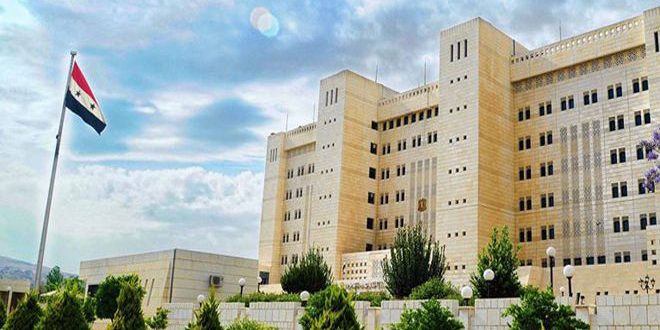 Syria has condemned in the strongest terms the agreement signed between the Qasad militia of the Syrian Democratic Forces and a US oil company to steal Syrian oil, affirming that it considers it null and void and has no legal effect.

In a statement to SANA on Sunday, a Foreign and Expatriates Ministry official source said that the Syrian Arab Republic condemns in the strongest terms the agreement signed between the Qasad militia and a US oil company to steal Syrian oil under the sponsorship and support of the US administration.

The source affirmed that this agreement is considered as aggravated theft and it can be only described as a deal between thieves who are stealing and thieves who are buying, and it constitutes an assault against Syria’s sovereignty, and a continuation of the hostile US approach towards Syria, which is represented by stealing the resources of the Syrian people and hindering the efforts exerted by the Syrian state for rebuilding what has been destroyed by terrorism, which is mostly backed by the US administration itself.

The source added, “Syria considers this agreement null and void and has no legal effect and it warns again that such despicable acts express the approach of those client militias which have agreed to be a cheap puppet in the hands of the US occupation.”

The source asserted that those hired militias realize that the brutal American occupation will inevitably disappear and that it will be defeated like the terrorist groups which the Syrian state has been able to defeat, since the Syrians are able to protect their resources and to preserve the unity of their country and people.