Ras al-Ayn has been plagued by explosions, which have targeted civilians and killed and injured a number of people reports Enab Baladi. 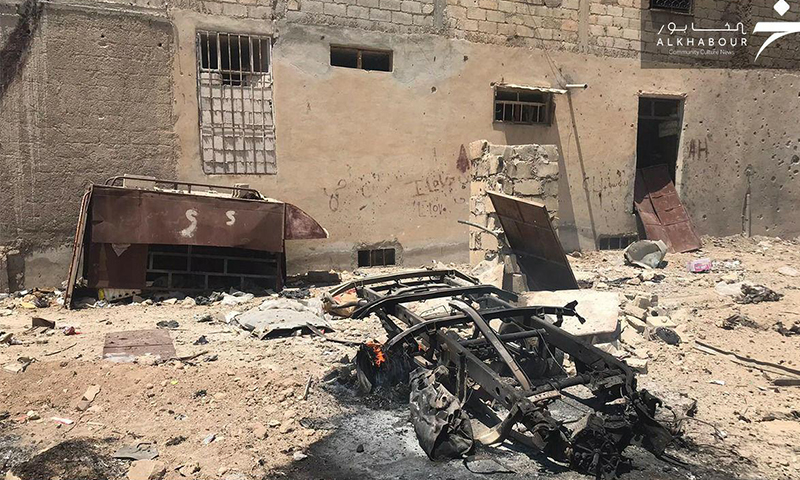 Thirteen people have been killed since the beginning of July in the city of Ras al-Ayn, northwest of Hassakeh, which is under the control of the Turkish-backed National Army.

Abdullah al-Jasham, a media officer in the Ras al-Ayn Local Council, told Enab Baladi on Wednesday, that four explosions have targeted Ras al-Ayn since the beginning of July, killing 13 people and wounding 32 others.

A vehicle-borne bomb exploded yesterday in the Ras al-Ayn market, killing two people, including a child, and wounding two others.

Eight civilians, including a 13-year-old child, were killed and 21 others were injured on Jul 26, 2020, when an explosive device planted in a vegetable cart exploded in a popular market in Ras al-Ayn.

On Jul. 24, 2020, a civilian was wounded by a vehicle-borne bomb across from al-Safrani Ice Cream, east of the National Hospital in Ras al-Ayn.

The events were preceded by the death of three civilians, including a woman, and the injuring of eight others, on Jul. 23, 2020, by a car bomb, in front of the cultural center near the local council.

The Ras al-Ayn bombings are part of a series of explosions that have been hitting areas controlled by opposition factions, especially the rural areas of Aleppo, east of the Euphrates, and affected popular markets.

The assassinations of military figures in the region have also taken place.

The Department of Moral Guidance, affiliated with the Ministry of Defense of the Interim Government, asked civilians last Monday to move away “as far as possible” from the markets ahead of Eid al-Adha, due to the crowded nature of the markets, which may be an appropriate climate for terrorists to carry out their terrorist plans.

The department also asked civilians and military personnel to not take their vehicles (cars, motorcycles) to the markets, and that is to help establish a high level of security.

In an earlier interview with Enab Baladi, the spokesperson for the National Army, Maj. Yousef Hamoud, said that the majority of the explosions are being prepared locally “by agents, whether from the Syrian regime or the Islamic State and PKK cells.”