A bomb has detonated in the northeastern region of Ras al-Ayn, killing eighteen people, with the YPG being the main suspects writes Zaman Al-Wasl. 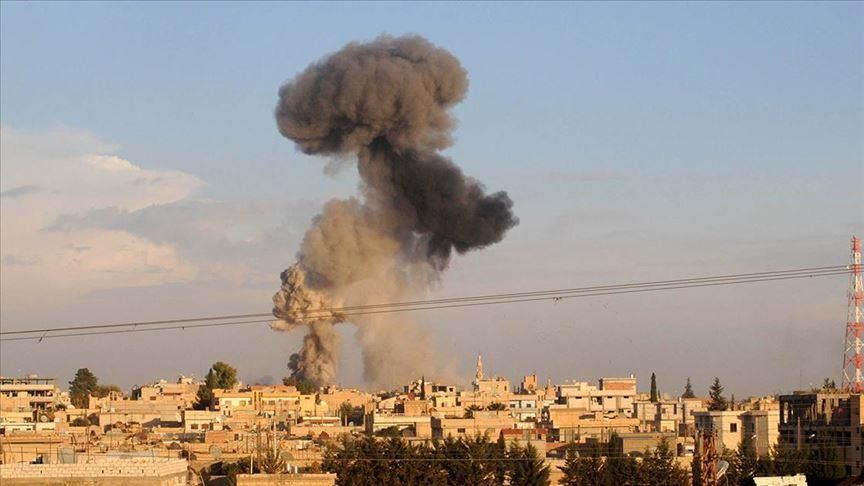 At least eight civilians were killed and 17 more wounded in a bomb attack in the Turkish-held region of Ras al-Ayn northeastern Syria, Turkey’s Defense Ministry and activists said Sunday.

The suspected YPG-blast went off in the vegetable marketplace in the Turkish-held region.

The Turkish military and the Syrian National Army attacked Kurdish forces in northeastern Syria on Oct. 9, 2019, with the aim of creating a roughly 30-kilometer (20-mile) deep buffer zone.

Kurdish forces agreed to withdraw from a 120-kilometer (75 mile) long, Arab-majority segment of the 440-kilometer (275-mile) border with Turkey, although clashes have been reported since.

Ankara views the YPG as a terrorist group linked to Kurdish militants on its own soil and has mounted military operations in northern Syria to push it back from the border.

The border town of Ras al-Ayn is suffering from a scarcity of agricultural, industrial and alimentary supplies due to a siege imposed by Kurdish forces.