Candidates from the recent People’s Assembly election, who are traditionally loyal to Assad, have declared the voting to have been corrupted writes Baladi News. 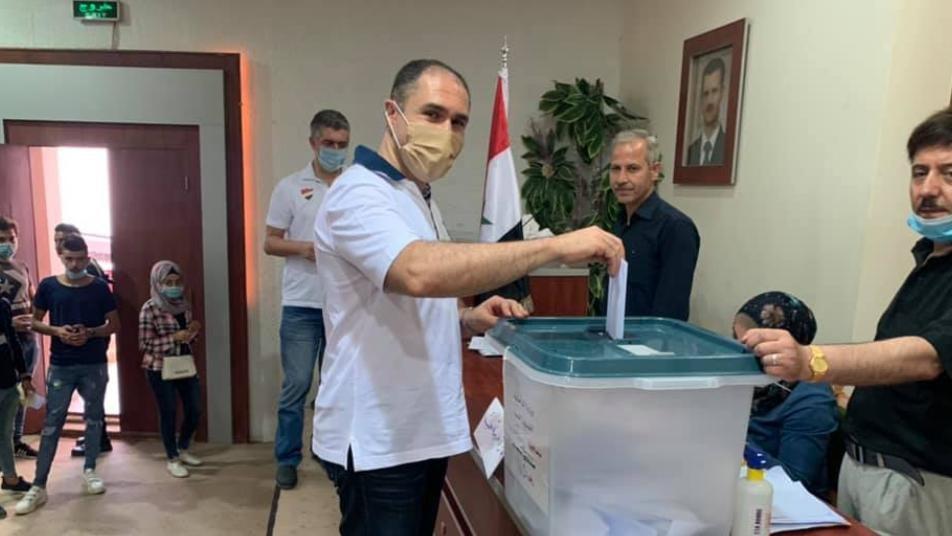 People’s Assembly candidates attacked the parliamentary elections that Bashar al-Assad held last Sunday, despite these candidates being among the most loyal to the regime. Those include industrialist Faris al-Shihabi and Berwyn Ibrahim, leader of the National Youth Party for Justice and Development.

In two posts on his Facebook page, Shihabi attacked the electoral process, describing it as corrupt, in which he lost to warlords and the Islamic State.

In his latest post on Tuesday, he wrote, “My only regret is that I did not withdraw after the visit of  “Comrade” Assistant Secretary General Hilal al-Hilal before the elections,” adding that, “the message was loud and clear: either blind obedience to the growing system of corruption or exclusion and punishment. Their war against us was public and took place in front of everyone’s eyes, a war for which they set aside a huge oil supply and utilized all the goblins on earth. They all forgot that Aleppo is not theirs and will never be.”

Activists from Aleppo said that Shihabi lost to Hossam Qatirji, who is responsible for smuggling oil for the Assad regime and funds the Qatirji militia, which fights alongside the regime.

In Hassakeh, Berwyn Ibrahim attacked the Baath Party, which heads the National Progressive Front’s list, after failing to be elected into the People’s Assembly.

In a video recording, Ibrahim said that, “the Baath Party is behaving in a non-cooperative way and adopts a policy of exclusion, bearing in mind that it played a big role in the electoral fraud that took place.”

Ibrahim’s appearance came after a statement issued by her party – the National Youth Party for Justice and Development – in which they submitted an objection to the judicial subcommittee in the province of Hassakeh, which included an appeal against the integrity of the People’s Assembly’s elections.

According to the statement, there was a repetition of names, voter fraud and the adoption of nominal charts by district committees, as well as bribes.

Murad accused Hilal, the leader of the Baath Party, of corrupt behaviour during the elections organized by the Baath Party, where representatives for all branches of the party in the Syrian governorates had to be elected.

Yesterday, the city of Hama witnessed a sit-in organized by a group of loyalists to protest against the failure of one of the members to reach the People’s Assembly. During the sit-in, they raised slogans and banners glorifying Bashar al-Assad and his regime.