Following the recent elections for the People's Assembly, Russia has refrained from heaping praise on the process, suggesting they were unhappy with Iranian influence writes Asharq Al-Awsat. 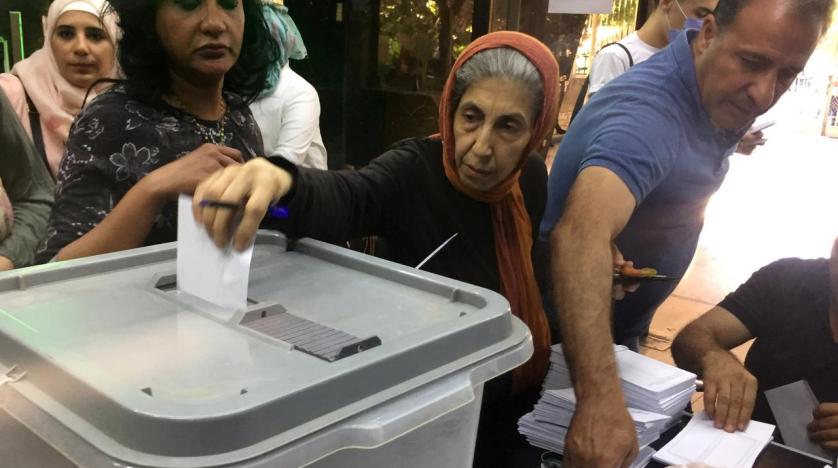 Russian Foreign Ministry Spokesperson Maria Zakharova said in a recent press conference that the Syrian parliamentary elections are “important to ensure the normal functioning of all institutional authority and maintain stability in the country.”

However, Zakharova added that “any other comment will be released after the elections,” a statement wildly ignored by Syrian media coverage.

This prompted the Russian newspaper “Zavtra” to comment on the matter in a lengthy article saying Zakharova’s statement was misinterpreted to suggest Russia supported holding the elections at this time and in these difficult circumstances.

Notably, Russian officials also avoided announcing a clear position on the preparations for the polls, knowing that since its direct military intervention at the end of September 2015, Moscow never ignored a major event taking place in Syria.

However, Russian sources indicated that Moscow may have worked “quietly” to improve the elections by influencing a number of Iran-affiliates or figures who were mentioned on international sanctions lists to withdraw their nomination.

Russia’s connection to the pre-election withdrawals cannot be confirmed, but if true, it is an indication that Moscow is dissatisfied with the mechanism for preparing these elections, as well as their expected results.

Former diplomat Rami al-Shaer indicated that the majority of the Syrian people do not care at all about holding parliamentary elections in this way, especially amid the current situation. He indicated that most of them have lost trust in the regime rejected by Syrian people and the international community alike.

Shaer saw that the regime was trying to ignore what Russia has accomplished with its two allies during the Astana talks, and to circumvent the implementation of Security Council Resolution No. 2254 through its parliamentary elections.

He noted that the regime also aimed to hold the presidential elections in the same way and remain in power, “which will not happen.”

It is worth mentioning that a number of media outlets believe that the elections were a political step to avoid international resolutions.

Yet, some went further by saying the elections were not legitimate because of the low turnout, which did not exceed 10 percent of the total number of voters, indicating the disapproval of Syrians.

They also warned that parliamentary or presidential elections would not be legitimate without the constitutional amendments to be discussed by the Constitutional Committee at the end of the next month.

Meanwhile, a number of figures that were skeptical about the elections and the regime’s intentions, have warned against the regime’s intransigence and its policy of “imposing the fait accompli and adhering to it.”

Some even say that in order to change the situation in Syria, the international community is discussing another mechanism aside from the current system and norms that are strongly adhered to in order to maintain sovereignty.