Dr. Mohammad Samer al-Khalil has said that Syria will survive its current economic problems and will thrive with a new economy writes Al-Baath. 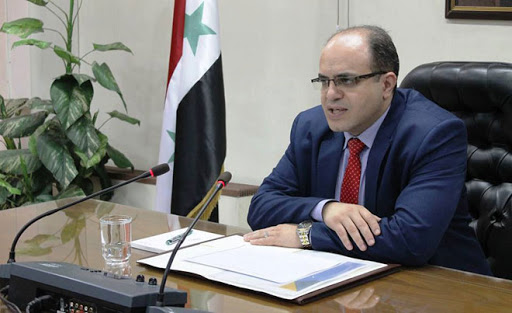 Syrian Minister of Economy and Foreign Trade, Dr. Mohammad Samer al-Khalil, put an end to the rumors about the collapse of the national economy, stressing that Syria’s economy is still strong despite the challenges it is facing — the last of which was the coronavirus pandemic that cut the supply baskets by closing the land, sea and air borders, which, in turn, paralyzed some sectors such as tourism, and partially affected other sectors such as industry and trade, in addition to the virus’ serious repercussions on the way products are disposed of. Additionally, the coronavirus led the country to enter a recession.

Khalil spread some positivity during a seminar held by the Damascus branch of the Arab Writers Union, stressing that the economy is moving towards mitigating the damage of sanctions by providing 45 percent of production costs, saying that, “we do not need anyone, especially since we are in possession of huge amounts of money.”

Khalil attributed the reasons for the deterioration of the living situation in Syria to corruption and the negative role it plays in terms of the citizen’s lack of confidence in the government, in addition to the external practices and pressures of the Caesar Act. Add to that the recent Lebanon crisis and the obvious damage it caused to the Syrian financial and business sector, as a result of Syrian people depositing their money in Lebanese banks with an interest rate of 13 percent, despite being warned against doing so.

Khalil, during the four-hour symposium titled ‘Syrian Economic Realities and Governmental Actions’, explored what the national economy suffered as a result of the many attempts to drain the country of foreign currency and adopt several methods to jeopardize the exchange rate of the Syrian pound using suspicious [online] pages. He also spoke about the attempts to influence the exchange rate in the Syrian north, taking advantage of the poor economic conditions in neighboring countries — such as Iraq, Jordan and Lebanon — pointing out that the Central Bank is conducting a study to put an end to these attempts.

He pointed to the catastrophic opening up to Turkey during the pre-crisis years and its negative repercussions on the Syrian economy: the closure of many industrial establishments that made their products unavailable in the local market, as a result of the strong competition from Turkish products, especially in terms of price.

Khalil discussed the strategic measures the government is taking to improve the living and economic reality, adding that the government has been working on introducing trade-offs and has already begun implementing that with Iran, while China remains cautious in this regard. He also mentioned the proposal of the new investment law, considering it one of the best investment laws in the world, given the special privileges it allocates to high priority projects.

Khalil stressed that the best way out of the difficult situation that the national economy is reeling from is self-reliance through activating agriculture and industry as they can elevate the standard of living. He did not deny the role of the government in providing production requirements and reducing costs by activating the legislation related to exemptions from tariffs and other costs. He gave a nod to the government’s success in some agricultural and industrial sectors, such as olive production and the conserves industry.