With half of the Syrian population unable to votes, Abdel Nasser Hoshan has said that the election is unconstitutional and not representative reports Sham Network. 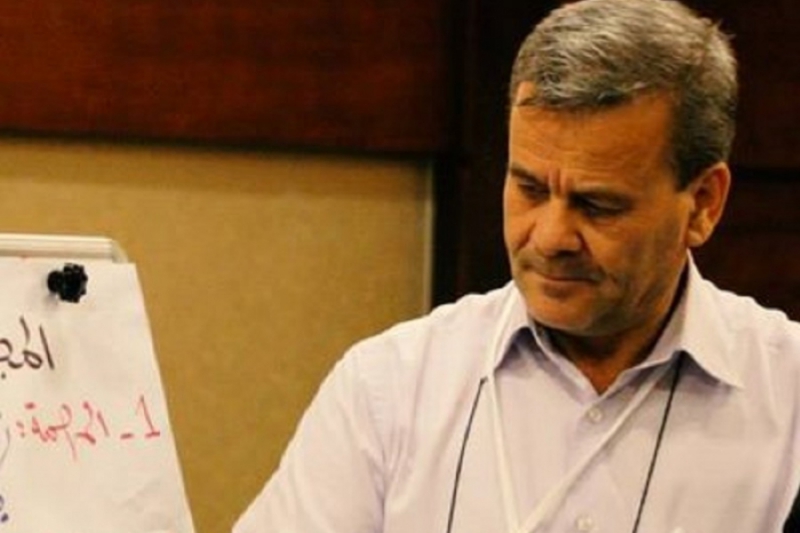 Syrian lawyer and human rights defender, Abdel Nasser Hoshan, said that the regime’s parliamentary elections will take place in the absence of more than half of the Syrian people due to forced displacement. Syrians are now all over the world and many are unable to return to their motherland due to the policies of arbitrary detention, forced recruitment, and security prosecution.

Hoshan explained in an update to Shaam News that Article 34 of the constitution stipulates, “the citizen’s right to participate in political life, including the right to run and vote”. As for Article 59, it stipulates that, “anyone who has reached the age of eighteen is considered a citizen who has the right to vote.” Article 73 stipulates that, “the speaker of the People’s Assembly represents the people, signs on their behalf, and speaks in their name.”

He stated that, accordingly, the forced displacement of more than half of the Syrian population means depriving them of their political rights, including running and voting, and since the current elections take place in the absence of half of the Syrian people, this means, in Hoshan’s opinion, that the elections are in violation of Articles 34, 59 and 73 of the constitution. Therefore, the whole process is unconstitutional and the mode of representation of the People’s Assembly and its Speaker is illegal because it represents only those who elected him as opposed to the entire population.

Hoshan added that, “more than 75 percent of the council members were from the Ba’ath Party and were handpicked, while the rest belong to National Front parties. As for the independents, they are controlled by the military and the political system and lead the groups that have wreaked havoc on the country and have become stronger than the state in many areas.”

According to Hoshan, the messages that the Syrian regime is trying to send through its theatrical parliamentary elections are messages to the international community that the regime has succeeded in defeating terrorism and that stability has returned to the country, in addition to a message to the United Nations that the environment in Syria has become safe and neutral for the return of refugees to the country and that the UN must work to help refugees return to lead normal lives like the rest of their compatriots. The regime also wants to send a message to the world that Syria has begun to recover from the state of failure it was experiencing due to the war. Another message is one of defiance and disregard for the Syrian opposition, which had been coveting a new constitution and election law through the Constitutional Committee.

Hoshan noted that the modified composition of the council was used by Bashar al-Assad to include a parliamentary bloc in the name of veterans, who are the regime’s most vicious criminals, to give them parliamentary immunity to avoid prosecution for the war crimes and crimes against humanity that they committed against the Syrian people.

He also noted that there is a predominance of council members who are loyal to Iran, which sends a message to Russia, which is trying to become the only entity that calls the shots in Syria. According to Hoshan, this would be impossible without the participation of Iran, whose fate has been linked to the fate of the regime in Syria. He added that the regime has been sending a message to its supporters that change is coming and that goodness will prevail in the country through the promises made by its candidates which are, of course, false electoral pledges.