Russia chases down US soldiers in Hassakeh, details revealed about Syrian fighters in Libya, tensions between the US and Russia rise. Catch up on everything that happened over the weekend. 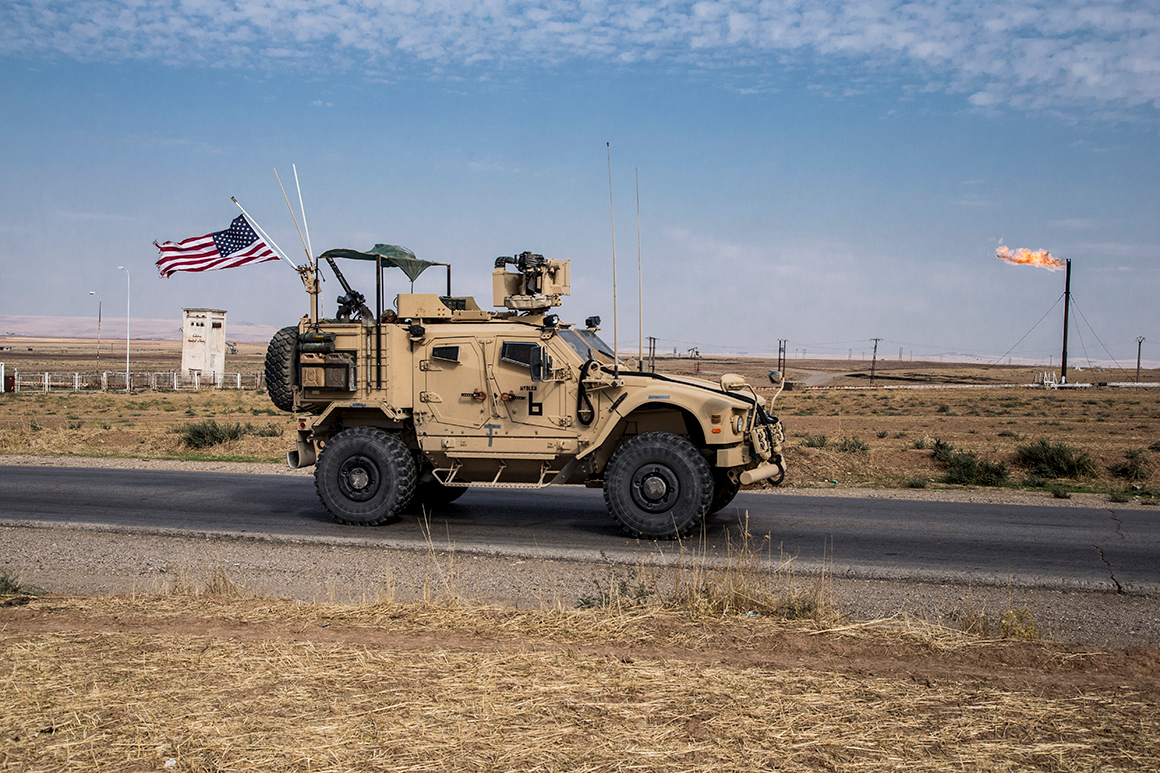 1. Russian armored vehicles managed to besiege an American military patrol in the Hassakeh countryside of northeastern Syria after a hot pursuit. A Russian officer addressed the US military regarding the legitimacy of the presence of both forces on Syrian soil. A video shows Russian armored vehicles surrounding the US military vehicles, and also shows the panic and confusion of American soldiers and military personnel while Russians approach the Americans saying “stop, don’t move.” One of the Russian officers addressed a US officer and said to him, “We are here on the territory of the Syrian Arab Republic at the invitation of Syrian President Bashar al-Assad, and you are on what basis here? You are occupiers.”

2. Turkey sent between 3,500 and 3,800 paid Syrian fighters to Libya over the first three months of the year, the US Defense Department’s Inspector General concluded in a new report, its first to detail Turkish deployments that helped change the course of Libya’s war, the Washington Post reported. The report comes as the conflict in oil-rich Libya has escalated into a regional proxy war fueled by foreign powers pouring weapons and mercenaries into the country. The US military has grown increasingly concerned about Russia’s growing influence in Libya, with hundreds of Russian mercenaries backed a campaign to capture the capital, Tripoli, in the country’s west.

3. Politico reported that the growing friction between US and Russian troops in Syria comes against a backdrop of deepening mistrust between the national security community and President Donald Trump’s White House over dealings with Moscow. The tension burst into the open last week with revelations that Russia’s secretive military intelligence service offered bounties to the Taliban for killing US and coalition troops in Afghanistan. Lawmakers demanded answers this week amid bipartisan anger that the Trump administration has known about the bounties for months but has not yet authorized a response to Russia.

4. The Russian Navy’s marine mammal projects gained worldwide attention when a tame Beluga whale turned up in Norway in April 2019. That whale, nicknamed Hvaldimir, is believed to have escaped from a Russian Navy training program. There is another deployment of marine mammals that you probably haven’t heard about however. And this time to a war zone. Evidence, according to Forbes, has emerged that the Russian Navy sent trained dolphins to support its war in Syria, deploying them to the naval base in Tartous in late 2018. Marine mammal pens can be seen in the water when viewing satellite imagery of Tartous. Having seen similar enclosures as Russian Navy bases in the Black Sea and Arctic, it is clear what they are. The deployment is visible in historical satellite imagery, for example Google Earth, at 34°54’35.16″N, 35°51’46.46″E.