The Action Group for Palestinians in Syria has reported on the deaths of over 250 children, who have been killed over the course of the war in Syria. 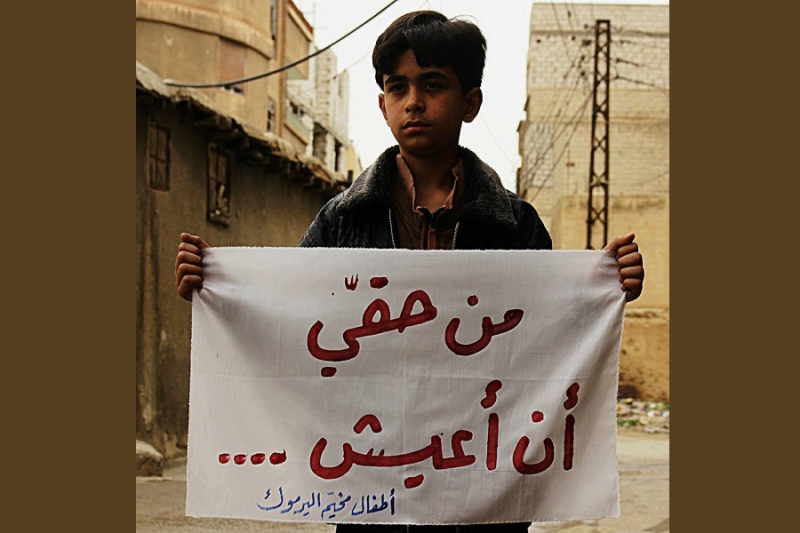 The monitoring and documentation team of the Action Group for Palestinians in Syria announced that 250 Palestinian children died during the Syrian war.

The group pointed out that the bombings, sniping, clashes, sieges, and drownings are among the main reasons that led to the death of Palestinian refugees. Statistics indicate that 70 children died after the siege that the Syrian regime and the General Command of the Popular Front for Change and Liberation imposed on the Yarmouk refugee camp for Palestinians, south of Damascus.

According to the group, 48 children are detained in regime prisons, whose fate remains unknown, while two victims died under torture in the Syrian security branches.

Thousands of Palestinian children continue to suffer from displacement and migration, which has left them susceptible to violations and resulted in them dropping out from school and finding a job to support their families, in addition to being exploitated by employers, and recruited into the ranks of both pro- and anti-regime factions.

The group emphasized that the war and its consequences has negatively and significantly affected the psychological profile of Palestinian refugee children, even those who immigrated outside Syria, as many of them suffer from depression, anxiety, post-traumatic stress disorder and fear, while some have been traumatized by what happened to their families, including the destruction of their homes and forced migration.