The Syria Response Coordinators have highlighted the current failing related to humanitarian aid in refugee camps and reported on what is needed to help the residents writes Sham Network. 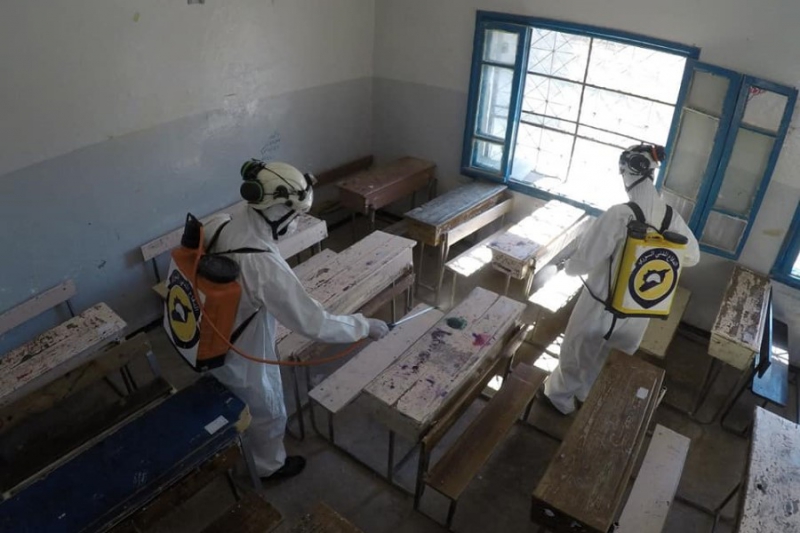 On Tuesday, the Syria Response Coordinators team said that more than a million displaced people are living in dire humanitarian conditions in 1,277 camps. The team counted 18,772 people with special needs and documented 9,867 widows who are without financial support, which aggravates the living conditions of a wide segment of the camp’s residents who share the same living situation.

The team explained that the most prominent problems faced by internally displaced people (IDPs) in the camps are the, “unhealthy environment, the risks brought about by pollution, the lack of income, lack of access to education, the absence of healthcare, the continuous shortage of food and water, and the lack of the most basic daily services — which is evident in the camps across the northwestern region of the country.”

The information in the statement indicates that the most prominent needs of IDPs in the camps are related to the provision of a steady and continuous healthcare system, the creation of job opportunities for the residents, diversifying the sources of income and not limiting those to humanitarian aid only, the provision of a safe environment/space for education, the improvement of shelter conditions, and ensuring continued access to food, clean drinking water, and personal hygiene items.

The major challenge facing the camps in northwestern Syria during the coronavirus pandemic is the high risk of the displaced catching the virus, as well as the protection of humanitarian workers on the frontlines. The team stated that among the challenges are eroding confidence, spreading fear, rumors, and misinformation.

The team published their recommendations again to shed light on the reality of the camps in order to increase humanitarian efforts there — especially in emergency situations — and to improve the quality of the services provided in the camps, especially tending to the infrastructure thereof, such as repairing drainage systems, paving roads, and isolating the camps.

The team called for taking measures to reduce coronavirus infections by increasing the effectiveness of medical facilities and to not fully depend on mobile clinics, in addition to improving education and reducing the number of people living in the camps by stabilizing the situation in the cities and villages that witnessed recent displacement, so that the risks related to the spread of infections are reduced.