Syria’s ambassador in Russia has issued a scathing criticism of the Caesar Act and said that Russia will fight the sanctions and stand with Syria writes Al-Watan. 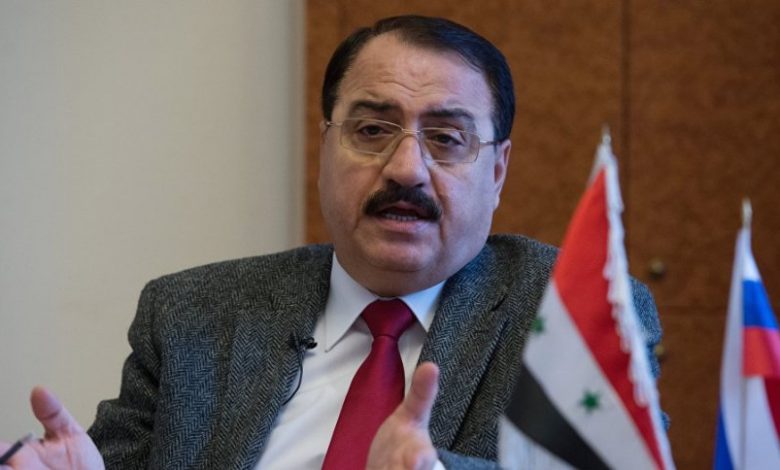 The Syrian Ambassador to the Russian Federation, Riyad Haddad, considers America’s Caesar Act to targeted the Syrian people and Russian companies and agencies that cooperate with Syria, and therefore it is natural for Moscow to spearhead the fight against these sanctions.

In an exclusive statement to Al-Watan, after talks he had with Mikhail Bogdanov, the Russian president’s Special Representative for the Middle East and African Countries and Deputy Foreign Minister, in Moscow the day before yesterday, Haddad said that, “The Syrian-Russian cooperation continues, and has not stopped over the last ten years, and the aspects of cooperation are developing and changing according to the requirements of the situation that Syria is going through as well as the regional and international changes to the situation.”

Haddad considered that, “this matter [cooperation] is typical when talking about an alliance and a strategic partnership that has proven able to overcome all the difficulties that the hostile side has been creating, so I can say that the steps that are agreed upon between the two sides will yield results.”

Haddad stressed that, “The Russian participation in the process of rebuilding Syria is not new.” He pointed out that “Russian companies have been, for years, working to rehabilitate and establish facilities, in partnership with Syrian experts, and most of these projects were agreed upon during the multiple meetings of the Syrian-Russian Joint Governmental Committee regarding economic, commercial, scientific, and technical cooperation.”

He added, “Most of these sanctions, and in particular the Caesar Act — issued recently by US President Donald Trump — target the Syrian people in addition to Russian companies and Russian agencies that cooperate with Syria, and because of that, it is natural that Russia is at the forefront of the fight against these penalties.”

Ambassador Haddad concluded his statement by saying, “I can say that a strategy for a comprehensive confrontation of the blockade is currently underway, which will reflect positively upon the economic and living conditions of the Syrian people.”