Tribal and community leaders in Qamishli have lambasted the US and warned them against hostile practises, while praising Russian efforts in the area writes North Press. 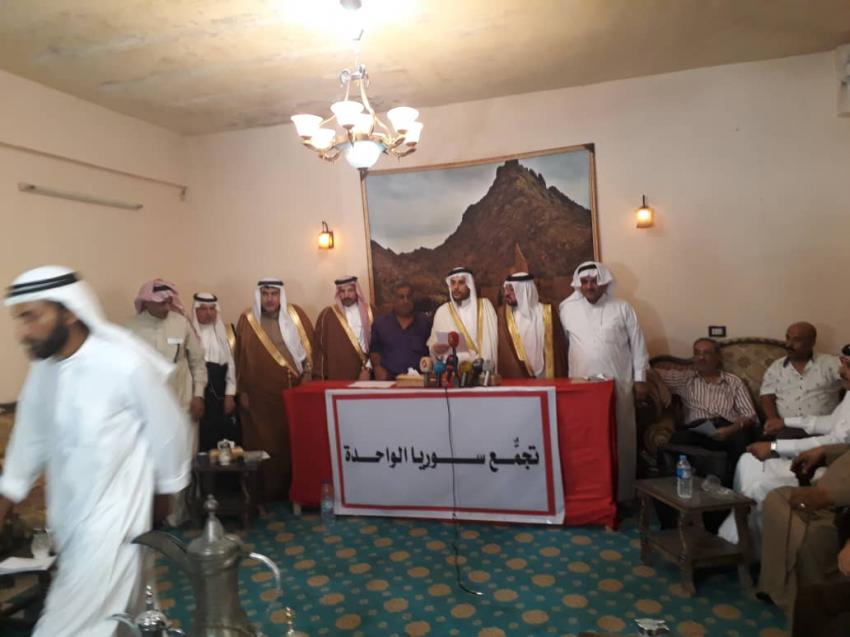 Tribal and community leaders close to the Syrian government in Qamishli, northern Syria, warned the US about provoking them, and threatened to repeat the experience of the Arab tribes in Iraq. At the same time, they thanked Russia for its efforts to support the stability of the region.

This came in a statement issued on Monday after the gathering of pro-Syrian government tribal and community leaders in the Tayy neighborhood south of Qamishli, under the name of “One Syria Gathering.”

The statement described the policies of the US as hostile and provoking hatred towards them, accusing them of provoking Arab tribes by supporting exclusionary projects that distort the reality of the region and create strife among its communities.

This comes 20 days after two Kurdish political blocs announced that they had reached initial understanding, under American auspices, of a first step to a comprehensive agreement between them.

Arab tribal leaders warned the American administration that they would repeat what happened in Iraq when the Arab tribes revolted against them, and that this could happen in the Jazira region in Syria.

While the statement attacked the US and Turkey as occupiers of Syrian territory, it thanked Russia for its field and political activities in the Jazira region in Syria and its positive role in supporting security and stability in the region.

They welcomed the dialogue between the Kurdish parties, and the Russian role in supporting dialogue between the Kurds and the Syrian government. However, they expressed their disapproval of the results of any agreement in which they are not included, and which doesn’t preserve the interests of all communities in the region, according to the statement.

Russian military leaders previously held meetings with a number of pro-Syrian government tribal and community leaders at the Russian base at Qamishli airport in early June.