Protestors have taken to the streets in the villages around Kobani, rejecting the presence of Turkish-Russian joint patrols in the area reports Smart News. 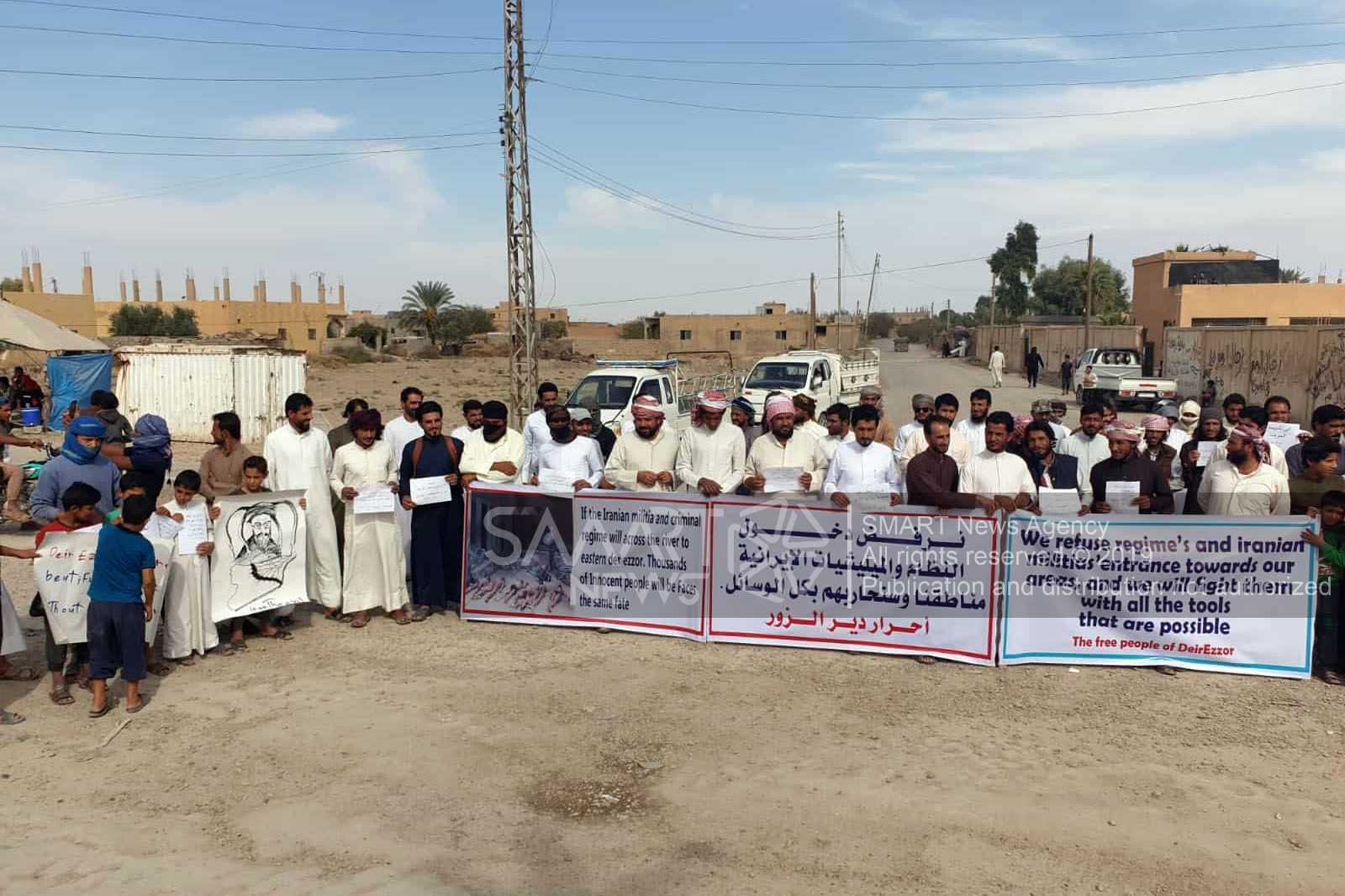 On Thursday, protesters threw stones at a Russian-Turkish military patrol west of the city of Kobani (Ayn al-Arab), northeast of Aleppo, expressing their refusal at the deployment of these patrols.

The patrol set off from the village of Ashmah, west of the city of Kobani, with the participation of four military armored vehicles, in addition to two Russian helicopters.

Local sources reported to Smart News that the Russian helicopters fired tear gas to disperse protesters near the village of Boban, after the residents intercepted the patrol in their villages.

The residents of villages north of Hassakeh and Kobani pelted the Russian-Turkish patrols with stones, shoes, and eggs, in protest of the deployment of the patrols and as a rejection of the entry of the Turkish Army to their areas.

Also on Thursday, hundreds of people demonstrated against the Syrian Democratic Forces (SDF) in the town of Ghranij, east of Deir ez-Zor.

An official in the Deir ez-Zor military council, Mahmoud Ghranij, reported to Smart News that dozens of people demonstrated against the SDF demanding an improvement to living conditions.