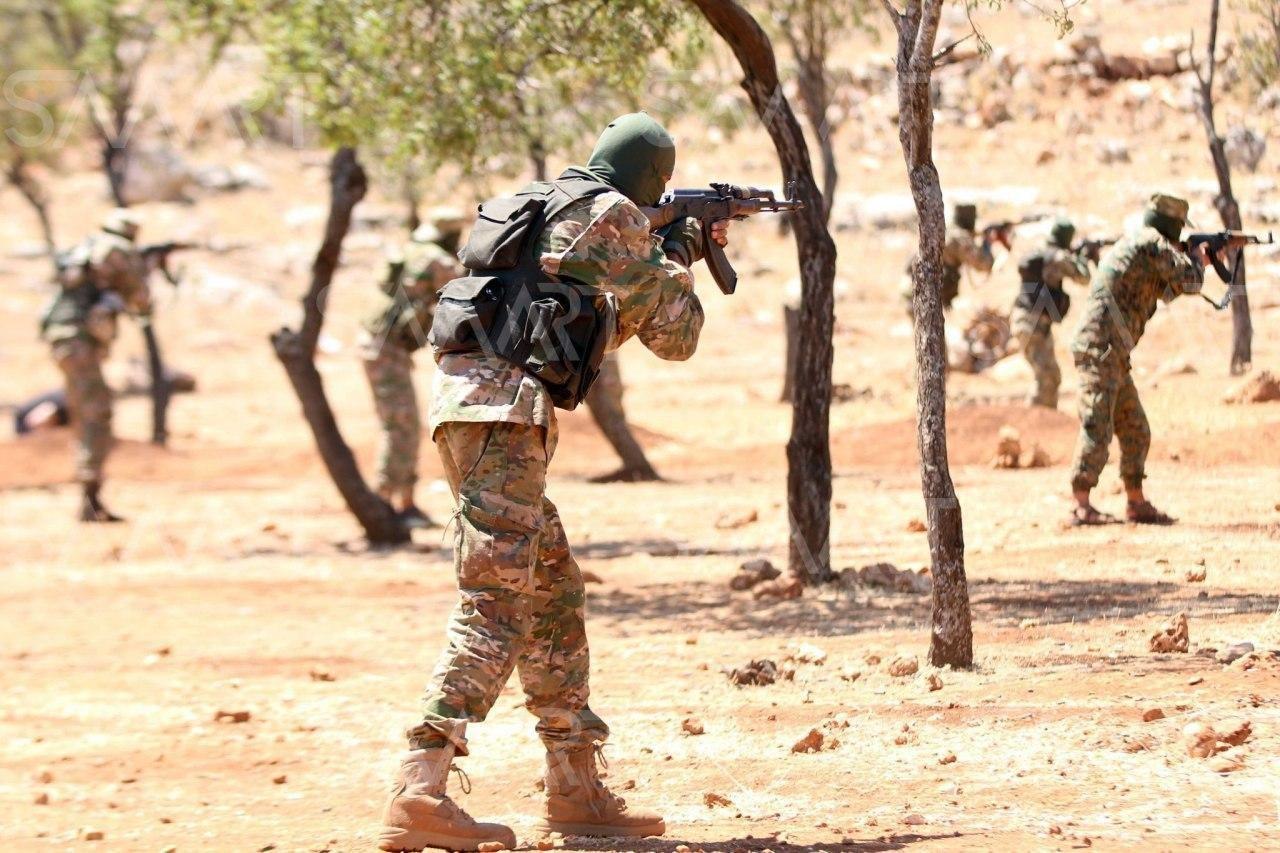 Abu Muhammad al-Jolani, leader of Hay’at Tahrir al-Sham, was able to strike a powerful blow against the Salafi jihadist movement by dismantling the Fathbutou Operations Room, which was announced only a week ago.

Jolani thus acquired military uniqueness in the region in exchange for dispersing all of his opponents, including the National Military Movement, and bringing most of them under its wing within the so-called Clear Opening Operations Room.

What is the fate of Hurras al-Deen?

Rumors circulated that al-Qaeda leader Ayman al-Zawahiri had sent a message demanding Hurras al-Deen dissolve itself. But the rumors proved untrue, and observers believe that it was just a series of tweets issued by Tahrir al-Sham media.

Data on the ground, as well as the long history of al-Qaeda, indicate that the question of dissolving itself in Syria is excluded at the present time. Rather, it is a period of dormancy, as described by the Salafi jihadist theorists. This is one of the viewpoints of Abu Muhammad al-Maqdisi, a Salafi jihadist theorist in Jordan.

What happened was a field elimination and extraction from areas tied to Hurras al-Deen and prominent leaders of the Fathbutou Operations Room, according to informed sources who spoke with Baladi News and requested anonymity.

The sources added, “It left the Syrian arena, which is not present in al-Qaeda writings at the moment. Avoiding being drawn into more bloodshed was the preferred choice, rather than engaging in infighting to the benefit of the regime and Russia.”

Observers believe that Jolani wanted to show his credentials to the West by dealing a blow to al-Qaeda in Syria coinciding with the US-led coalition’s airstrike targeting Hurras al-Deen leader Abu Qassem al-Urduni/Khaled al-Arouri’s vehicle in the middle of Idleb city.

There were leaks attributed to Jolani about the possibility of joining the ranks of the National Army, but the issue needs time and planning. It is a sign of the exclusion of the hardline current, whether in public or within the ranks of Hay’at Tahrir al-Sham, and does not seem possible today.

Anyone who follows the latest statements by Hurras al-Deen leader Abu Humam al-Souri would clearly see the organization’s vision for the future and the coming stage, as well as an explicit focus on special operations, explosives and targeting areas vital to the Russians, regime and Iranians. The group published an audio clip in early March containing many messages specifically for Hurras fighters. The clip also drew a picture of what the coming period will look like.

Subsequently, the choices for Hurras al-Deen are clear: shock absorption, following up on work and waging a new confrontation with guerilla warfare tactics, which it had adopted under the slogan “war of the underdogs.”

Dissolving itself remains only a distant possibility, unless Zawahiri publicly ends the file himself, as he did during the infighting and arbitration between the Islamic State and Jabhat al-Nusra.