The leaders of the guarantor countries of the Astana process are set to meet on Wednesday and discuss the situation in Syria reports SANA. 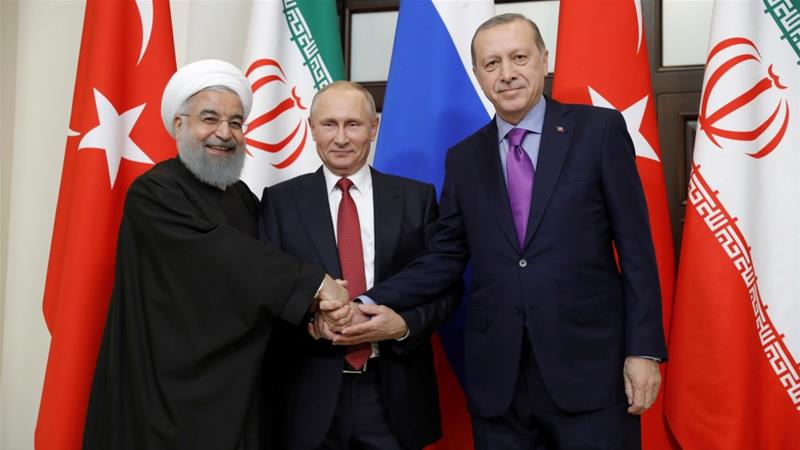 Sputnik quoted Peskov as saying that these discussions will tackle the situation in Syria.

The guarantor countries (Russia, Turkey, Iran) of the Astana process have held several meetings over the past few years regarding the situation in Syria.

Astana meetings started in the Kazakh capital at the beginning of 2017, with 14 such meetings having been held, and one of them was held in the Russian city of Sochi. The meetings as a whole affirmed their adherence to preserving Syria’s sovereignty and territorial integrity and continuing to combat the terrorist organizations until they are completely eradicated.