Fadhel Wardeh has been elected to the People Assembly, despite being a known war criminal who leads the National Defense militia writes Baladi News. 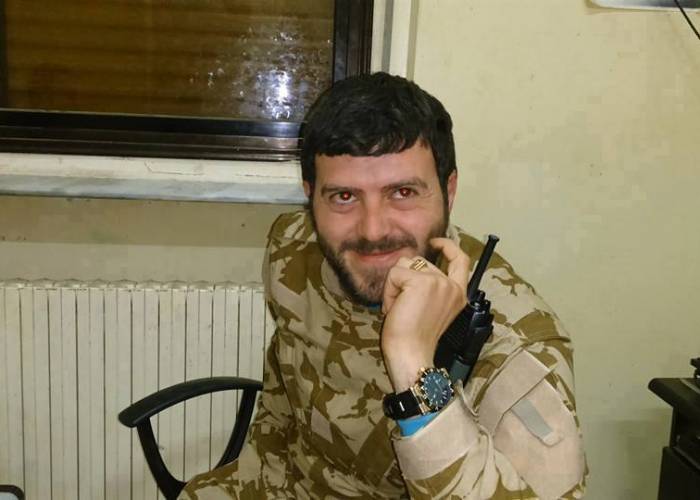 The leader of the National Defense militia in the city of al-Salmiya won second place in the latest Baath Party elections, earning a spot in the regime’s People’s Assembly.

According to the National Defense militia’s page, Fadhel Wardeh, who heads the militia’s Salmiya branch, won second place at the governorate level in Hama, in what is known as “party domestication.”

The presence of figures responsible for killing and displacing Syrians has caused activists to criticize the Baath Party, which has devoted itself to a policy of including criminals, including Hafez al-Assad, and glorifying them over the decades.

Activist Saif al-Abdullah said, “While claiming that the Baath is the party of peasants and workers, the truth says the exact opposite. The criminals and ignorant rapists who have ruled Syria for decades have been the face of the party.”

Ali Farouq, another activist, says that, “the arrival of the leader of the National Defense militia in Salmiya is considered proper within the Baath Party, which the Assad family has invested in and refused any Syrian outside of it, whether in public life or government employment. This is to turn the party into a canton for criminals who put Assad above their heads. They have a firm conviction that Assad is their guardian, so it is only natural that those who killed and displaced Syrians for a chair with Assad are given advanced positions in the Baath Party, built on a sectarian and racist approach.”

The Baath Party follows the principle of party domestication to nominate members from its ranks to occupy positions in the People’s Assembly, or what is known as the “Applause Assembly.” The council has 250 seats, most of which are occupied by the Baath Party.