Russia is seeking to take control of southern Syria, by expanding the Fifth Corps, and serve as a direct challenge to the Iranian deployment in the area writes Baladi News. 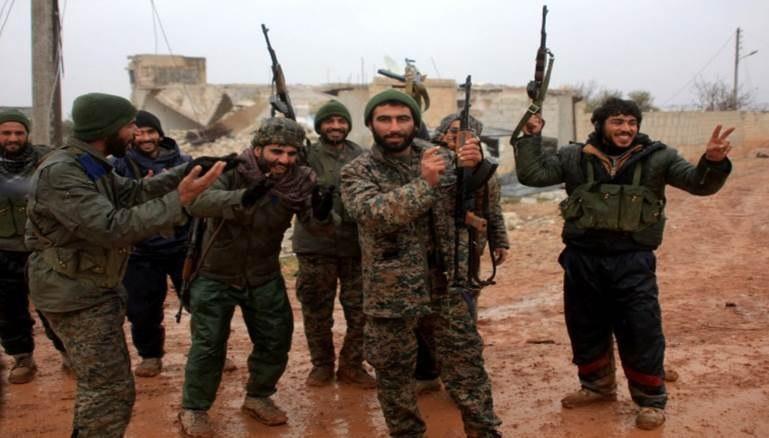 The Fifth Corps, which is directly administered by Russia, began recruiting men from Quneitra in recent days, in an effort to expand its presence in southern Syria amid wide scale Iranian deployment.

Some 400 men from southern Quneitra had recently joined the Fifth Corps, according to media activist Nour al-Rifai. He added that most of the new recruits were defectors from regime forces, and men who had avoided mandatory military service and army reserves. By joining the Fifth Corps, they are protecting themselves from prosecution.

Rifai said that Russia has been using the Fifth Corps recently to expand in southern Syria, by recruiting young men to push Iranian militias out of the area.

The recruitment drive in Quneitra comes as Fifth Corps leader Ahmad al-Audeh stated that, “the Houran region will soon be under one army. Its mission will not only be to protect the Houran, but to also be the most powerful tool to protect Syria.”

In early June, Audeh presented members of the Daraa Central Committee with a list of defectors and men who had evaded military service. His aim was to recruit them into the Fifth Corps.

Regime forces, backed by Russia, seized control over all of Quneitra governorate in July 2018, after signing a settlement agreement with opposition factions and expelling those who refused to sign to northern Syria.

Meanwhile, the Horan Free League reported that a young man Diham al-Ria was detained Thursday afternoon while passing through the al-Sharaa checkpoint, which is controlled by Air Force Intelligence, at the entrance to Daraa city. He was later released when members of the Fifth Corps surrounded an Air Force Intelligence checkpoint in the middle of the city of Herak.